After the Affordable Care Act, Medicare for All

Home/Discussions  / After The Affordable Care Act Medicare For All

Eight years ago I wrote in support of a plan similar to the Affordable Care Act and I now support full implementation of the ACA because I believe it will make important improvements in the current system of private employer-provided insurance and individual insurance.  But it is striking how many problems facing the ACA would disappear if the country were instead implementing Medicare-for-All.  It is worth grasping the contrast, because after the ACA has been fully implemented and made its improvements, a strong case will still remain for going beyond the ACA to enact Medicare-for-All.

Here in brief are the main features of Medicare for All.  Every American would be automatically covered for life regardless of employment, health status, income, marital status, or residential location; everyone would receive a Medicare card to use any time or place that individual obtains medical care.  Job seekers would no longer have to choose jobs based on health benefits, and employers would no longer be burdened with providing insurance.  Private health insurance premiums would be replaced with a set of taxes earmarked for Medicare.  Everyone would pay at least some of the earmarked taxes so that there would be no free-riding—everyone would make a financial contribution to Medicare for All.  Patient cost-sharing would either be zero, or small and income-related, so there would be no need for private “medigap” insurance policies to cover patient cost-sharing or for Medicaid to pay medical bills.  Individuals would have free choice of doctors.  Medicare would use its single-payer bargaining power to negotiate the prices of medical goods and services.  Individuals would be free to obtain and pay for medical services outside of Medicare after paying Medicare taxes, just as they are free to send their children to private schools after paying taxes for public schools.  Medicare for All would be operated by the federal government so the problems that arise due to interactions with state governments would be avoided.  Medicare for All would be phased in by age—for example, 0-15 in year 1, 16-32 in year 2, 33-49 in year 3, and 50-64 in year 4; as population phases in, Medicare taxes would phase in and premium payments would phase out.

Nearly all the problems facing the ACA are the result of retaining the current system of private employer-provided and individual insurance and relying on state governments.  Consider ACA’s reliance on employer-provided insurance.  Under Medicare for All, an individual would be covered regardless of a change in employment.  By contrast, under the ACA an individual who loses his job will still usually lose insurance because buying COBRA coverage is usually too expensive for someone without a job.  Under Medicare for All, employers would no longer have the burden of providing health insurance and there would be no regulations for employers; employers would pay a higher Medicare payroll tax (and possibly a new Medicare value-added tax) but then have no further involvement with health insurance. By contrast, under the ACA employers will have to decide whether to provide insurance and how many full-time and part-time employees to hire in light of the new ACA regulations, exchanges, tax penalties, and tax credits.  Employers with more than 50 full-time employees (defined as those who work at least 30 hours a week) are subject to penalty fees if they fail to provide insurance, whereas employers with 25 or less (and average annual wages less than $50,000) are eligible for tax credits if they provide insurance.

Consider the ACA’s reliance on private individual insurance.  Under Medicare for All, every American would be given a Medicare card for life; there would be no regulations, exchanges, tax penalties, or tax credits relating to individual insurance.  By contrast, under the ACA individuals not covered by an employer, Medicaid, or Medicare must secure private individual insurance or pay a tax penalty.  ACA exchanges must be set up to assist these individuals in securing affordable satisfactory insurance—for example, the insurance must guarantee renewability and can vary the premium according to some criteria but not others.  Individuals who buy insurance are eligible for premium tax credits provided they did not turn down (which must be verified) satisfactory employer insurance.  A mechanism must be put in place to enable prompt payment of the credit (rather than the usual waiting until the annual tax return is filed) so the individual can afford to pay the insurance premium.  A procedure for “risk-adjustment” must be established so that insurers who enroll a higher-than-average proportion of “high-medical-cost” individuals receive adequate compensation.

Consider the ACA’s reliance on state governments as well as the federal government.  Medicare for All would be a federal program.  By contrast, under the ACA each state is given the opportunity to set up its own exchange provided it meets ACA criteria—if it declines, then the state’s residents can use the federal exchange.  Each state must decide whether to participate in the ACA’s expansion of Medicaid.  States have split over whether to operate an exchange or expand Medicaid and some are still undecided.

Medicare for All would avoid all of these ACA problems.  After the ACA has been fully implemented, the next step should be to build public and political support for going beyond the ACA to enact Medicare for All. 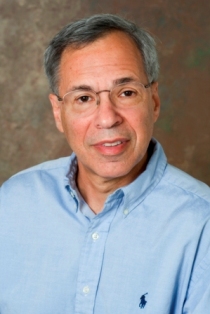