Assured Income as a Mechanism to Promote Economic Security

Home/Discussions  / Assured Income As A Mechanism To Promote Economic Security

“Universal basic income” (UBI) has only recently come into popular usage, but the idea of assuring a base level of income to all is not new. Social insurance programs have been performing a similar function for much of the last century. Social Security and Unemployment Insurance both provide a base level of income given one’s eligibility for receiving benefits. The latter part of the statement is, of course, a defining characteristic of traditional social insurance—eligibility is contingent on one’s paying in.

Nevertheless, social insurance programs, which followed from the 1935 Committee on Economic Security’s report, were constrained by “practical considerations” which may not seem nearly as imposing today, given that real GDP per capita is over 730% of its level when the committee was formed.

“The one almost all-embracing measure of security is an assured income. A program of economic security, as we vision it, must have as its primary aim the assurance of an adequate income to each human being in childhood, youth, middle age, or old age–in sickness or in health. It must provide safeguards against all of the hazards leading to destitution and dependency.

A piecemeal approach is dictated by practical considerations, but the broad objectives should never be forgotten. Whatever measures are deemed immediately expedient should be so designed that they can be embodied in the complete program which we must have ere long.” ­–Report of the Committee on Economic Security

Despite vast increases in wealth, the United States program of economic security, broadly speaking, has not met the Committee’s goal of supplying “an adequate income to each human being in childhood, youth, middle age, or old age.”

According to the 2018 Census, roughly 39.7 million Americans lived in poverty in 2017 (the number is even a bit higher using the Supplemental Poverty Measure). A large fraction of those in poverty are children, and my own research and that of many others finds significant hardship remains in the United States.

The concept of providing some form of assured income is gaining steam in policy circles across the political spectrum. According to a July 2018 Data for Progress survey, which asked, “Would you support or oppose giving every American a monthly check from the government of $1,000, which would be paid for by raising taxes on individuals earning more than $150,000 a year? “, 37 percent of Americans supported the policy, while 43 percent opposed it. The remaining 20 percent were neutral or undecided.

A survey by the Economic Security Project in early 2016 found that 46 percent of Americans “support providing every resident of the United States with a base income.” When asked for opinions on a “UBI not tied to work or to having a job”, however, 56 percent opposed the policy, with 33 percent in support. Significantly, 73 percent of respondents claimed to know “nothing” or “just a little” about UBI.

Should social insurance programs adapt to assure income more broadly than has historically been the case, or should that role apply more to other programs, such as social assistance or assured income? One thing missing from current conversations about UBI is consideration of whether insights into the potential design of an assured income benefit may be drawn from the history of our social insurance programs over the past eighty-plus years.

Please join us on January 31st for the Academy’s 31st annual policy conference on Regenerating Social Insurance for Millennials and the Millennium. I will be moderating a panel on “Assured Income as a Mechanism to Promote Economic Security,” where we will discuss this concept from a social insurance perspective. The panel will provide an opportunity to hear a range of perspectives on these questions, with speakers including:

We are excited to further public understanding of this fairly controversial issue with this session and your participation. I look forward to seeing you all at the conference. 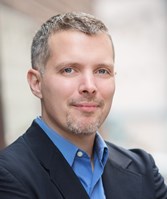