With the peaceful transfer of power in the United States threatened by violence and deliberate attempts to undermine our fundamental democratic processes, the vital role of social insurance in a democratic society needs to be reinforced  – especially as we continue to face an extremely divided political environment.

Social Security might well emerge as a truly harmonizing issue, even at a time of severe political divisions. It remains to be seen whether the 117th Congress will address Social Security’s long-range financial challenges, which will likely be accelerated as a result of COVID-19’s economic and health impacts. The Academy’s COVID-19 Task Force is examining these potential impacts and will be exploring policy options in response.

After an awful 2020, and despite the brutal start to 2021, this year has the potential to be a transformative year for our nation, for social insurance, and for the work of our Academy.

In 2015, as part of its last strategic planning process, the Academy’s Board of Directors approved this vision statement:

“Social insurance plays an important role in a fair and just society that supports a strong democracy, a vibrant economy, and economic security.”

The Board is currently engaged in a new strategic planning process, which will include a questionnaire to all Academy Members and stakeholders requesting input. Two questions with which we are grappling are:

From its origins in the late nineteenth and early twentieth centuries, proponents have sought to distinguish universal, contributory social insurance from means-tested public assistance, also known as “welfare” or “poor relief,” which has existed for centuries at the local level in Europe and the U.S. For example, in 1947, the Executive Council of the American Federation of Labor declared:

“Nor do we want old age and unemployment benefits administered as welfare matters. On the contrary, they constitute deferred payment of wages out of earnings which workers help to produce. They are earned rights and not public assistance benefits.”

If one complement to social insurance is means-tested public assistance, or “welfare,” another is universal, non-contributory benefits out of general taxation.  Proposals for universal cash payments to all citizens funded by general revenues are by no means new or “radical.” They were raised by Tom Paine in the eighteenth century, the Townsend movement of the 1930s, Democratic Presidential candidate George McGovern in the 1970s, and, most recently, by Andrew Yang, who made “universal basic income” the central plank of his platform in his 2020 primary run for the Democratic Presidential nomination.

Some argue that means-tested, narrowly-targeted public assistance is more efficient than universal social insurance in helping the truly needy. Others defend universal cash transfers, without any link to wage-based or other personal contributions, as a right of citizenship, as Paine did, or as a way to maintain consumption levels, if automation produces mass unemployment.

In the 1930s, Luther Gulick, a scholar of public administration, suggested in a conversation with President Franklin D. Roosevelt that it might have made more economic sense to pay for Social Security and Unemployment Insurance out of general taxes rather than payroll taxes on workers. FDR replied:

“I guess you’re right on the economics. They are politics all the way through. We put those payroll contributions there so as to give the contributors a legal, moral, and political right to collect their pensions and their unemployment benefits.  With those taxes in there, no damn politician can ever scrap my social security program. Those taxes aren’t a matter of economics, they’re straight politics.”

A provocative new book, The New Class War: Saving Democracy from the Managerial Elite (Portfolio/Penguin, 2020), by Academy Member Michael Lind, speaks to the role of social insurance in a democracy. In particular, Lind examines the causes of the “greatest revolutionary wave of political protest since the 1960s or perhaps the 1930s.” 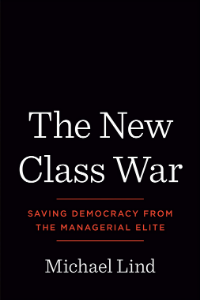 The class conflict on which Lind focuses – and which is at the heart of the struggles that led to social insurance systems worldwide – historically pitted elites against working classes. Some have referred to the result in many western nations as having “diploma democracies,” in which intergenerational mobility is low, due in no small part to racism, white supremacy, class privilege, and other major structural barriers.

Lind cites World War I as a “catalyst for an increased role in economic security and social provision by the state,” which included Unemployment Insurance as a new “social right.” This early form of social insurance, whose enduring value has been proven during the pandemic, is the focus of the Academy’s new Task Force on Unemployment Insurance, which will be deliberating throughout 2021.

FDR brought this vision to the U.S. with his bold New Deal programs, including the Social Security Act of 1935. (The Academy’s March 2-4, 2021 Conference includes a commemoration of the first inauguration of FDR on March 4, 1932.) Roosevelt’s vision was perhaps most fully reflected in his last State of the Union address in 1944, in which he called for a Second Bill of Rights, with the goal of establishing “an American standard of living higher than ever before known…and new goals of human happiness and well-being.”

The lasting significance of these New Deal values and vision is seen in their acceptance not just by progressives, but also by mainstream conservatives. For example, who would you think once said:

“Should any political party attempt to abolish Social Security, Unemployment Insurance…you would not hear of that party again in our political history”?

Nearly a century later, the definition of Social Security and Unemployment Insurance payments as “earned benefits” for wage earners and their dependents, rather than charity, continues to generate support for them among American voters. Lind notes that even the “conservative populism…(is) supportive of government programs that support the working class, like Medicare and Social Security.” In contrast, Lind identifies what he calls managerial “overclass centrism” as associated with support for cutting…Social Security and Medicare in the name of ‘fiscal responsibility.’”

According to Lind, the “old spectrum of left and right has given way to a new dichotomy in politics among insiders and outsiders.” In recognition of this challenge, the Academy’s Economic Security Study Panel reached out to a broad array of stakeholder groups to provide input into the Panel’s deliberations. Our 2021 Conference, Pathways to Economic Security, will continue to elevate the voices and experiences of stakeholders to refine the policy options described in the Study Panel’s forthcoming final report.

It is also no coincidence that the Academy’s Economic Security Study Panel has modeled its work on that of the 1935 Committee on Economic Security, which also deliberated during a period of widespread national unrest. Lind points out that the New Deal was a “class compromise…designed to buy social peace.”

This raises the question: Might a renewed and expanded social insurance system be part of a reconciliation to restore peace, and build a stronger U.S. democracy in the twenty-first century?

Addressing this question will continue to be a central part of the Academy’s policy activities in 2021. As always, we welcome your input in this dialogue in the comments section of this post. 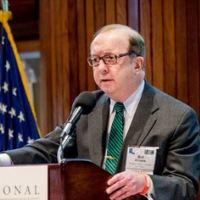