This essay is an independent contribution by Rebecca Vallas and Kim Knackstedt, Co-directors of the Disability Economic Justice Collaborative at the Century Foundation. Opinions within are not expressly endorsed by the National Academy of Social Insurance. Please feel free to share your thoughts in the comment section below or reach out to Griffin Murphy, Policy Analyst for Income Security, at gmurphy@nasi.org with feedback.

Disability can be both a cause and a consequence of economic insecurity. It can be a cause when disability or illness spurs job loss, a reduction in earnings, barriers to education and training, additional disability-related costs, or some combination of these. Meanwhile, disability can also be a consequence of economic insecurity. Poverty and economic instability can impede access to health care and preventive services, while also increasing the chance that an individual lives and/or works in environmental conditions that are harmful to their health. As a result, disability and poverty go hand in hand.

Yet, despite the fact that more than one in four adults in the United States lives with a disability—numbers that are rapidly rising to new heights due to the mass disabling nature of the COVID-19 pandemic —U.S. economic policy conversations all too rarely include a disability lens. Indeed, until recently, the U.S. Census Bureau’s annual report on income, poverty, and health insurance coverage did not even contain information on poverty among disabled people. It does now, and according to the Census’ Supplemental Poverty Measure (SPM), people with disabilities experience poverty at more than double the rate of nondisabled people; in 2019, 21.6 percent of disabled people were considered poor under the SPM, compared with just over 10 percent for those without disabilities. The economic hardships people with disabilities face run the full gamut of basic survival needs: disabled people are three times as likely as nondisabled people to experience food insecurity. Roughly half of U.S. adults who turn to homeless shelters have a disability. And, compounding all of this, people with disabilities are disproportionately likely to have little to no savings to fall back on in an emergency.

Barriers to employment—including unlawful denial of reasonable accommodations and other forms of disability discrimination by employers, which remain pervasive more than 32 years after the Americans with Disabilities Act (ADA) was signed into law—are an important part of the picture. While some people’s disabilities may preclude full-time and/or traditional employment, many millions of disabled people can and do work. Yet disabled workers in the U.S. face much higher rates of unemployment than their nondisabled peers. And as a recent analysis by The Century Foundation and the Center for Economic Policy and Research finds, a stark pay gap means that disabled workers who are employed were paid an average of 74 cents on the dollar in 2020 compared with nondisabled workers.

It is critical to note that, due to a combination of structural as well as cultural ableism and racism, disabled people of color face multiple levels of marginalization in the United States. This translates into even greater economic disparities and rates of poverty and hardship for Black and brown members of the disability community. For instance, i​​n 2020, one in four disabled Black adults lived in poverty, compared to just over one in seven of their white counterparts.

Progress made but still a long way to go

The U.S. has made important strides over the past half-century toward removing barriers to employment, education, social participation, and accessibility for disabled people. The ADA, signed into law in 1990 and most recently amended in 2008, prohibits discrimination on the basis of disability and mandates that people with disabilities have “equal opportunity” to participate in American life. The Rehabilitation Act of 1973, the predecessor to the ADA, bars any entity receiving federal funding from discriminating on the basis of disability. And the Individuals with Disabilities Education Act (IDEA), enacted in 1975 and most recently reauthorized in 2004, requires that children with disabilities be provided a “free appropriate public education,” mandating access to an equitable educational experience. IDEA also provides significant funding for early intervention programs for infants and toddlers with disabilities and their families, ensuring these rights take effect from people’s earliest months and years.

Policymakers cannot afford to ignore the disability community any longer

However, while we have made progress as a nation toward the goals underpinning the ADA, the unacceptable levels of poverty and hardship among disabled people that have persisted well into the twenty-first century make abundantly clear that we still have much more to do. Moreover, while the economic crisis facing the U.S. disability community long predates COVID-19, the impact of the pandemic—which, as a mass disabling event, has spurred the largest influx of new entrants to the U.S. disability community in modern history—has only made it clearer that we can no longer afford to ignore disabled people in our policymaking. Indeed, new polling conducted by Data for Progress, in partnership with The Century Foundation’s Disability Economic Justice Collaborative, finds that just three in ten disabled voters believe that leaders in Washington care about people with disabilities.

We have a strong foundation, and growing momentum, to build on. Even prior to the pandemic, public awareness was finally beginning to grow in the United States that, with one in four Americans living with disabilities, every issue is a disability issue. In one particularly noteworthy example, in the run-up to the 2020 election, for the first time in U.S. political history, nearly every Democratic presidential candidate released a disability plan during the primary campaign. And important reforms, such as eliminating the loophole in federal labor law that allows people with disabilities to be paid subminimum wages, are now included in both parties’ platforms.

Achieving economic security and justice for people with disabilities in the United States will require not only a redoubling of our national commitment to the unfulfilled goals of the ADA, other key disability civil rights laws and protections, and our social insurance and public assistance system, but also a collective commitment to applying disability as a lens across the entire economic policy agenda—and an intentional acknowledgment that we will never achieve true economic justice if we fail to achieve economic justice for people with disabilities.

That’s why, earlier this year, The Century Foundation teamed up with the Ford Foundation to launch the Disability Economic Justice Collaborative—a first-of-its-kind initiative that brings together more than 40 disability leaders, leading think tanks, and research organizations to learn from each other and work together to achieve economic security and justice for all disabled people in the U.S., starting with the critical step of applying a disability lens across all economic and social policymaking in the U.S.

While a widespread culture shift will not be achieved solely through policy change, many of the barriers to economic security facing people with disabilities in the United States are due to structural and programmatic failures that become visible when we center the perspectives and experiences of the disability community. To that end, this fall the Collaborative will be publishing a Disability Economic Justice policy framework that will begin to set multi-dimensional benchmarks defining disability economic justice more meaningfully than America’s current, flawed poverty measures—which are woefully out of alignment with what it costs to afford a basic standard of living in the U.S. today.

To learn more about the economic crisis facing people with disabilities and how the Disability Economic Justice Collaborative is working to break the link between disability and poverty in the U.S.: 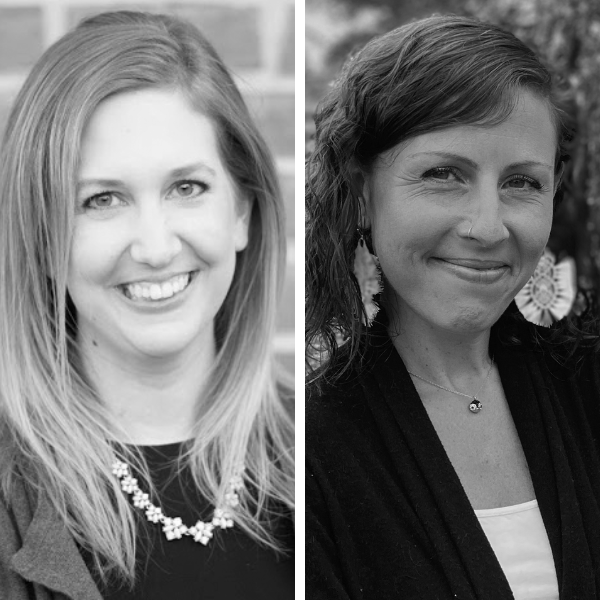