Getting the Message Right: The Communications Challenges of Social Insurance

If “market economy” isn’t the first thing that springs to your mind when thinking about social insurance, you are forgiven. Honestly, before attending the 2012 NASI annual conference, Social Insurance in a Market Economy: Obstacles and Opportunities, I was in your shoes. Having spent the last eighteen months deeply immersed in my masters of public health curriculum, I viewed social insurance as a set of policies rooted in the public sector. And while the focus on government and public policy isn’t misplaced, I was missing the broader picture of the impact of social insurance on society. Fortunately, the diverse set of presenters, policy experts, and researchers, at the 2012 NASI conference corrected my lopsided view.

Several unique perspectives helped me get on the right track. From Bill Bishop’s presentation on the importance of Social Security income to rural economies to Meizhu Lui’s thoughts on diversity and social insurance, the agenda was packed with compelling research and insights into many aspects of social insurance. In addition, keynote speeches by Michael Hiltzik and Donald Berwick challenged audience members not to forget the history of social insurance and to aspire to the highest reaches of quality and effectiveness in our health system.

For all their proven success, social insurance programs face communications challenges with the public. These challenges are multi-layered and at times contradictory. For example, adults between the ages of 18 and 29 consider Social Security an important program but express little confidence that it will be exist into their older years. A 2010 poll commissioned by AARP to celebrate the 75th year since the passage of Social Security found that 90 percent of young adults thought Social Security is important but only a third believed that the program would benefit them. Or there are the communications challenges facing the Affordable Care Act— another significant piece of recent legislation that incorporates some facets of social insurance—which has been the subject of confusion and doubt among the public. Polling shows that a majority of Americans believe the law should be kept as-is or expanded. But two-thirds have an unfavorable view of its central provision: the individual mandate. These beliefs are both as incongruous as they are frustrating to supporters of social insurance.

Fortunately the story of social insurance is a great story to tell. As political scientist Drew Westen remarked during his keynote presentation, “If something is emotionally inert, it is politically inert.” Those who work in support of social insurance have a long and rich history to draw from and should seize opportunities to tell the stories of real people who have benefited from social insurance programs. The messages of equity, hard work, fairness, and societal good can go a long way toward building political will. With so much difficulty in the world today, it is imperative that we highlight successes and illuminate the importance of social insurance to both the market economy and society at large.

Building political will requires sustained, focused effort on the parts of policy experts, researchers, and advocates.  Rather than succumbing to the communications challenges facing social insurance, I felt inspired by the diversity, depth, and breadth of the field while at the NASI conference. We know that social insurance programs are successful and sustainable. We know that  millions of Americans feel economically secure as a result. With implementation of the Affordable Care Act moving forward and the presidential election on the horizon, it is important now more than ever to get the message right.

Lucy Cox-Chapman recently received her Masters of Public Health from Boston University. Prior to that, Lucy joined Spitfire Strategies, a communications firm working with nonprofits and foundations to advance social change. Lucy’s work at Spitfire focused on policy and advocacy at the state and federal levels involving children’s health insurance and national health care reform. She is particularly interested in the intersection between health policy and communications and the importance of effectively articulating the need for social insurance programs. Lucy was one of six students and young professionals awarded a scholarship to attend NASI’s 24th annual policy research conference January 26-27, 2012, in Washington, DC. 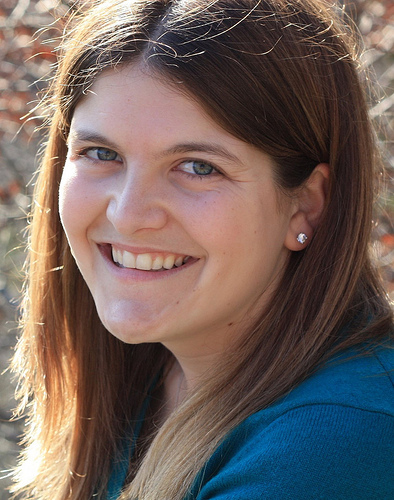