The next recession? Many economists are suggesting that a recession may be approaching in the near future. The Bank of America sees a greater than 30% chance of a recession in the next year. Part of the yield curve inverted in August, and this has historically been an indicator of an imminent recession. Two-thirds of corporate chief financial officers surveyed by Duke University expect a recession by the end of next year. Some argue that certain economic sectors (e.g. manufacturing and housing construction) and geographic areas are already experiencing recessionary conditions. With consumer debt levels at all-time highs and still rising, the next recession might spell disaster for millions of households.

Social Insurance: Protecting all of us in the event of recession

Social insurance programs provide income support and a degree of economic security in the face of disruptions (whether because of a recession or technological innovation) and other risks common to all of us (illness, old age, disability). As I’ve noted previously, our nation’s social insurance infrastructure offers a significant measure of “recession readiness.” Benefits accrue not only to individuals and their families, but also to the communities in which they live and to the country as a whole.

In addition to countering the impact of recessions, social insurance policies boost workers’ dignity and strengthen our social fabric. By cushioning the effects of displacement, social insurance programs, coupled with other policies, support disruptive innovation and the free-market system that U.S. corporations believe is the “best means of generating good jobs, a strong and sustainable economy, innovation, a healthy environment and economic opportunity for all.”

A FICA “Holiday?” One of the proposals that may emerge in light of an imminent recession is a Social Security contribution “holiday.” The contributions that workers pay for Social Security were temporarily reduced in 2011 and 2012 to get money quickly into the hands of workers, so they might spend it to help the nation out of the Great Recession.

In response to the 2008 recession, President Obama supported two legislative provisions that put a portion of workers’ FICA contributions back into the economy. One was the “Making Work Pay” tax credit. For 2009 and 2010, a refundable tax credit of $400 was available to working individuals and $800 to working families. The credit was calculated at a rate of 6.2% on earned income for 2009 and 2010 and phased out for taxpayers with adjusted gross income over $75,000 ($150,000 for married couples filing jointly). The other was a FICA “holiday.” In 2011 and 2012, the Social Security rate that applied to employees and self-employed individuals was reduced by 2.0%, but employers were subject to the full 6.2%. Both the Making Work Pay tax credit and the 2% reduction in workers’ Social Security contributions were funded by general revenues, not the Social Security Trust Fund.

Other proposals: Last month, the Committee for a Responsible Federal Budget, led by Academy Member Maya MacGuineas, proposed a “responsible plan to combat the next recession.” The plan, meant to be illustrative rather than prescriptive, extends Unemployment Insurance benefits, reduces Social Security contributions for two years, temporarily increases Medicaid payments to the states, and calls for $300 billion in infrastructure investments. Another Academy Member, Jason Furman, has called for a “pre-emptive strike against recession.”

Stephen Wandner, a labor economist and Academy Senior Fellow, has raised significant concerns about the current state of Unemployment Insurance (UI). Little change has been made to the system since 1976, when necessary reforms were enacted after the 1974-75 recession. According to Wandner, “If the U.S. experiences a major recession, the broken UI system will be a big problem for the unemployed and the economy as a whole.”

Wandner explains: “The big worry is that the system is not working well for employers or workers, and that if we have another major recession the UI system won’t be ready to adequately serve unemployed workers who will be laid off. There were two purposes of UI when it was established; one was to help individual workers, and the second was to be a counter cyclical force during recessions. When individuals have sufficient money to live on, they also help to stimulate the economy, so UI has what economists call a micro-economic purpose and a macro-economic purpose. The problem for the next recession is that some unemployed workers may not get any benefits, get insufficient benefits, or get less than those in other states.”

We will soon be announcing the launch of an Academy Study Panel on Economic Security. Modeled after President Franklin D. Roosevelt’s 1935 Committee on Economic Security, this Study Panel will examine key policy issues that affect the economic security of people in the United States who face financial risks not adequately addressed by the nation’s current systems of social insurance and social assistance.  The Study Panel will focus on the question of whether existing programs are able to address widespread insecurity, especially if another large recession were to emerge. If not, what sorts of enhancements to existing programs or new programs might lessen such widespread economic insecurity in our nation?

Stay tuned for more details.  As part of this new initiative, the Academy will be building on our substantial body of work in this area. Please check out some of the resources below. If you have any questions about the scope of this new Study Panel – or suggestions about its focus – please don’t hesitate to email me at warnone@nasi.org.

Exploring the role of social insurance in “recession readiness”

Three Years of Sluggish Recovery Means UI Benefits are Still Critical for Millions of Unemployed Workers: Before the Great Recession, the highest rate of long-term unemployment was 26% of the unemployed during a recession in the 1980s. During the Great Recession, however, it peaked at an unprecedented 46% of the unemployed and stood at about 42% in June. The economy continued to lose jobs long after the recession officially ended and the unemployment rate peaked at 10.0% in October 2009.

How Has the Safety Net Fared in the Great Recession and Subsequent Recovery? (2013 Roundtable): Panelists shared findings that compared programs across states and past recessions, including UI, TANF, the Earned Income Tax Credit, and other related programs.

Unemployment Insurance Benefits, Financing, and Reemployment Services after the Great Recession (2015 Roundtable): UI recipients received up to 99 weeks of benefits during and after the Great Recession, but many still exhausted their UI benefits. Meanwhile, additional funding for reemployment services disappeared, and most state accounts in the Unemployment Trust Fund went broke. This roundtable discussed what happened to UI benefits and benefit financing, the availability of reemployment services, and how many of those who had exhausted their UI options went on to collect SNAP benefits.

Social Security: It’s for young people, too: Social Security responded to the recession and the slow recovery by performing exactly as it was designed to. By pumping out benefits on time and in full, it helped keep the national economy – not to mention the personal finances of the 56 million people who receive benefits – in better shape. The Center for Rural Strategies has documented that Social Security benefits provide a crucial chunk of total personal income at the local level, especially in rural counties. This makes a real difference to the small businesses and local economies in America’s towns and cities.

2015 report on Workers’ Compensation: Despite the growth in employment following the Great Recession – and the significant uptick in employees eligible to receive workers’ compensation – benefits per $100 of covered payroll dropped to $0.98 in 2013, a 5% decrease from 2009. At the same time, the growing workforce has translated into rising workers’ compensation costs for employers – now $1.37 per $100 of covered payroll, a 5% increase from 2009

2016 report on Workers’ Compensation: Academy Member Marjorie Baldwin, Professor of Economics in the W. P. Carey School of Business at Arizona State University, noted: “What we are seeing in these data are still the effects of the economy gradually coming out of the recession of 2008-10. As more workers are hired, employers immediately incur higher costs for Workers’ Compensation insurance – the increase in benefits paid comes with a lag, especially for the most costly long-term injuries.”

Together, Social Security, UI, and Workers’ Compensation kept more than 24 million Americans out of poverty in 2010. 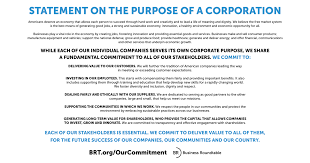