Social Security at 81: A Wise Program Fit for New Challenges

Sunday, August 14 is the 81st anniversary of our Social Security system.  While few of us were alive to celebrate the system’s first anniversary in 1936, even fewer have living memories of the social problems that gave rise to it. At the time, half of all seniors were living in poverty, individual retirement savings plans like 401(k)s were 40 years away, and depression-era workers were having a hard enough time providing for themselves and their children, let alone supporting their parents and grandparents. What are we to make today of a program that was created in an almost unrecognizable industrial economy?

For one thing, finding value in Social Security today doesn’t require looking back to the original problems the program was designed to solve. Sure, without Social Security, 42 percent of seniors would still be living in poverty, instead of the current 10 percent. And two-thirds of people age 65 and over would be living on less than half of their current income. But it’s worth recognizing how adeptly this 81-year-old program solves today’s unique economic problems.

Retirement experts today call for the creation of an automatic, universal, portable, annuitized savings plan to shore up gaps in retirement security. Fortunately, on Sunday we’ll be celebrating the 81st anniversary of the country’s only automatic, universal, portable, annuitized savings plan. The power of this model for providing economic security in old age is formidable. Nearly every worker can look forward to a foundation of retirement security with the guarantee of at least a subsistence income in retirement. Furthermore, the regulatory uncertainty surrounding workers in the contingent economy – one of the most difficult problems in labor and social policy today – is largely addressed in Social Security. Part-time workers are covered; independent contractors are covered; gig workers and those in temporary employment are covered. The system is there; the laws just have to be enforced.

Yet misconceptions about the program are common. It’s seen as a program for old people and one that is at best irrelevant and at worst positively burdensome for younger people. While it is true that Social Security provides vital benefits to 41 million retired workers, 2.5 million spouses and 4.2 million widows and widowers, it protects against the hazards and vicissitudes of life for Americans of all ages:

Polls show that the program still holds a special place in the American consciousness, representing good government at its finest. Eighty-three percent of Americans agree that it is critical to preserve Social Security benefits for future generations, even if it means increasing taxes. As the nation’s largest social insurance program, it serves an essential function in the modern economy. Its universal, portable structure is well-suited to the 21st century economy. Social Security may be an old program, but it is well-suited to addressing today’s problems.

Elliot Schreur is a Research Associate at the National Academy of Social Insurance. 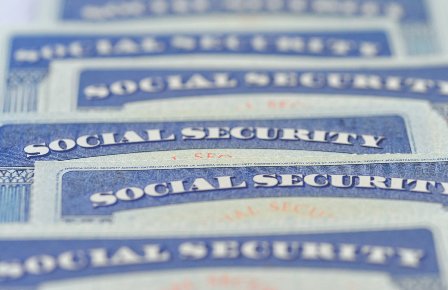