Social Security is not in crisis, as Ken Buffin reminded us in his presentation at NASI's 24th annual policy research conference on January 26 in Washington, DC. For the next 25 years, Old Age, Survivors, and Disability Insurance (OASDI) trust funds are 100% solvent, and beyond that window, 90% solvent for two more decades. But to many people on both sides of the aisle, actuarial realities do not matter:  policymakers on the left and right discuss the need to “fix” Social Security and some commentators are quick to brand any talk about the solid finances of Social Security as demagoguery.  The political rhetoric not only runs counter to actuarial projections of the program, but it also contradicts public opinion: a poll released during the supercommittee deliberations last fall showed that 81% of voters opposed cuts to Social Security (and Medicare), and even 76% of self-identified Tea Party supporters did not want to see cuts to these programs included in a deficit reduction deal.

Why, then, the desire to cut benefits or raise the retirement age? Indeed, the fate of Social Security may hinge more on the fate and evolution of democracy in the United States rather than with the droll accounting of its economic projections. As Nancy Altman wonderfully described in her book, The Battle for Social Security, the bitter struggle to get the program up and running defined a generation committed to fight for the right to be “free from want,” especially when many people were losing faith in democracy to fulfill its promises in the backdrop of the Great Depression. And today, against what seems to be a protracted economic malaise, elements of the democratic process are increasingly weakened, as many lawmakers use legislation for obstruction and not policymaking – especially with respect to the future of Social Security. The U.S. political landscape, where bipartisanship was once possible and even sought after, is experiencing a shift in the political discourse. This shift is plainly evident in the politics and the demographics behind the program.

As the largest benefit program in the federal government, Social Security—which covers 94% of workers—acts as a good reflecting pool for the United States' population. Indeed, as immigrants change the demographics of the country, cuts in Social Security benefits will disproportionately affect communities of color who rely more on Social Security pensions for their income, as Meizhu Lui argued in her presentation at the NASI conference. For people of color, even those have taken residence in the United States for a generation, it is still difficult to throw their political support behind the program. According to the Pew Hispanic Center, just 43% and 53% of Latino and Asian populations are eligible to vote, whereas 78% of white voters are eligible to do so. Compounding the effects of these demographic trends, the introduction of Super PACs into the electoral system concentrates political power among the wealthy, a predominantly white and male group that gives mostly to conservative causes which favor deficit reduction through changes in social insurance programs like Social Security.

These factors increasingly weaken the democratic decision-making processes of the American political system as new generations of Americans are increasingly disenfranchised by obstacles to their transition into American society, and more ominously, by the overriding influence of money politics over active participation. The new Super PAC system also makes accountability difficult, which combined with a narrower decision-making process, could make for an unstable mix. At a time when the voices of those who will be most affected by changes to Social Security have been drowned out by the interests of a small—but wealthy—group, any changes to the program now will have an impact on the changing demographics of the future.

Eloy Fisher is pursuing his PhD in economics from New School of Social Research in New York, NY. Prior to studying at The New School, Eloy came to the US from Panama in 2006 under a Fulbright scholarship, and then worked at the Panamanian embassy in New York for two years during Panama’s rotation on the UN Security Council. Eloy was one of six students and young professionals awarded a scholarship to attend NASI’s 24th annual policy research conference January 26-27, 2012, in Washington, DC. 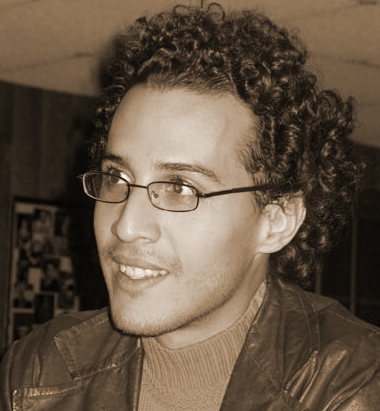