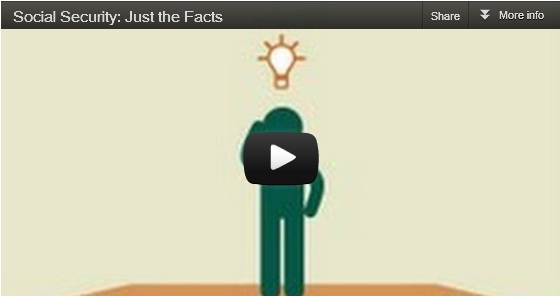 Washington, D.C. — Just in time for Social Security’s 77th anniversary, the National Academy of Social Insurance (NASI) released an animated, short, video that explains the basics about Social Security, its purpose, who pays for it, who gets it, and what it means to seniors, working families, and children now and in the future.

“This video is a valuable tool to share with friends, neighbors, co-workers and family members to understand the basics about our Social Security system,” said James Roosevelt, Jr., President and CEO of the Tufts Health Plan and grandson of Franklin Delano Roosevelt, who signed the original Social Security Act on August 14, 1935.

The “Just the Facts” video is a tool for schools, colleges, community and religious organizations, and journalists to educate their students, communities, viewers and readers about Social Security and how it has performed over the years through good times and bad.  View the video here: Social Security: Just the Facts.

“The facts may surprise you…People retiring now have faced a lot of challenges during their working lives.  They experienced seven recessions and lived through rapid inflation and other unexpected disasters. They saw unemployment climb above 10% twice; experienced stagnant wages and disappearing pensions. Social Security lasted through all of these unexpected events – because it was designed to weather storms.”