About John Heinz and the Academy 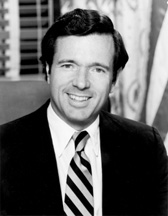 About John Heinz and the Academy

Senator John Heinz was an early advocate for health care reform, seeking to control costs while improving benefits for all Americans. As a politician who worked for 20 years on Capitol Hill, he believed that bipartisanship, civility and integrity were the key to legislative success. As a founding member of the National Academy of Social Insurance, he sought to defend the nation’s growing elderly population and he was “instrumental in pushing through legislation that put the Social Security system on sounder financial footing”. (1)

John Heinz graduated from Yale University in 1960, majoring in History, Arts and Letters, and earned a graduate degree from Harvard Business School in 1963. Before entering politics, Senator Heinz served as an assistant to Senator Hugh Scott (R-PA). He went on to work in the financial and marketing division of the H. J. Heinz Company (he was the son of H.J. Heinz II) between 1965 and 1970.

As Jeffrey Lewis, president of the Heinz Family Philanthropies, said in a tribute to Senator Heinz, “Responsible health care policy starts with what John Heinz used to remind us every day: Health care has a human face and human consequences.”

When the National Academy of Social Insurance began operating 30 years ago, founder Bob Ball saw a policy environment filled with misinformation and confusion. He reached out to others to form a bipartisan effort to counter the confusion. His first Board of Advisors consisted of Senator John Heinz (R-PA), Senator Patrick Moynihan (D-NY), Lane Kirkland (AFL-CIO), and Alexander Trowbridge (National Association of Manufacturers). Today, the Academy has become a community for over 1,000 of the nation’s top experts on social insurance, and its commitment to a bipartisan approach is as important as ever.