Workers’ compensation benefits paid to injured workers and their health care providers in Tennessee fell from $0.53 per $100 of covered payroll in 2015 to $0.48 per $100 of payroll in 2016, a 9.4 percent decrease compared to an average decrease of 3.6 percent nationally.

Tennessee reformed its workers’ compensation statues in 2013, effective January 1, 2014. The reforms restricted eligibility for benefits to cases in which work-related injuries were the primary cause of a worker’s current disability, and established a new administrative process for resolving claims. The 2013 legislation also imposed more restrictive guidelines on medical treatment for work-related injuries, guidelines, and reduced benefits rates for permanent partial disability claims, although the maximum duration of benefits was increased.

“The reductions in costs in Tennessee are in large part due to the effect of moving the adjudication of disputed claims from state courts to a new administrative law court,” said Abbie Hudgens, Administrator of the Bureau of Workers’ Compensation in Tennessee.  “The Reform Act reduced the jurisdiction over workers’ compensation matters from 120 elected judges hearing civil, probate, and criminal matters as well as workers’ compensation to twelve appointed judges devoted solely to workers’ compensation.  This change resulted in a more efficient system that greatly reduced the time and costs associated with claims and resulted in outcomes that are more predictable. The time-span for most cases is now measured in months, as opposed to years under the previous system.” 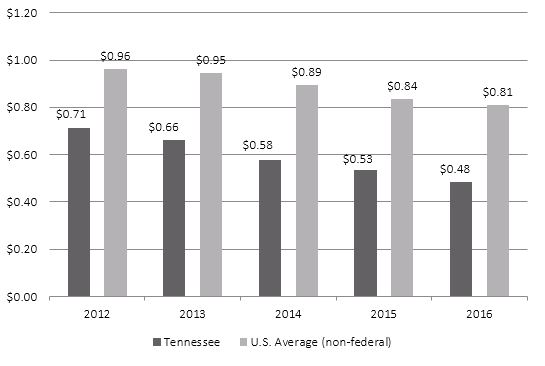 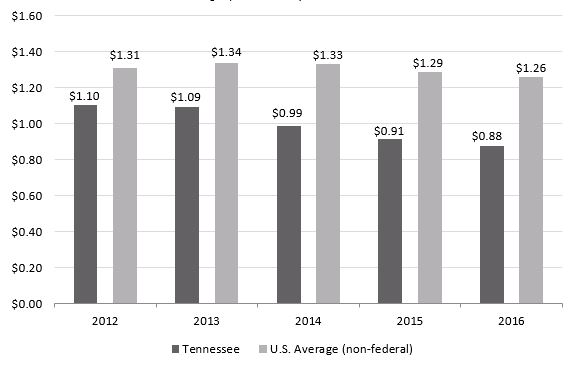