The COVID-19 pandemic laid bare systemic weaknesses that impede access to and sufficient levels of unemployment insurance (UI) benefits, even in strong economic times. It illuminated the disproportionate risks facing women workers, workers of color, and low-wage workers whose benefits are far too low to sustain them through the search for a new job and the lack of protection for the growing number of workers in “non-standard” jobs – part-time, contract, and so-called “gig” work.

What has been less visible is the degree to which our UI system is ill-structured to meet the unique needs of another growing group of employees – older workers. 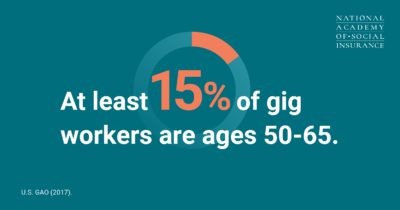 Why is it especially hard for people aged 50+ when they lose their jobs?

All of these factors undermine older workers’ capacity to save for dignified, stable retirements. 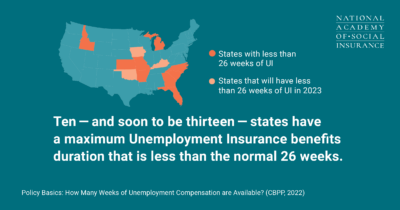 The UI system is not designed to accommodate the realities older workers face, making it more difficult to obtain protection. 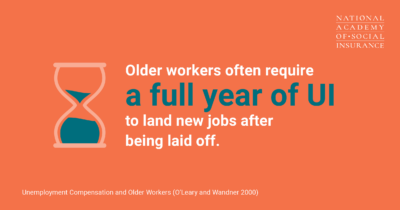 Five options for enhanced and targeted policy changes would help close these gaps. 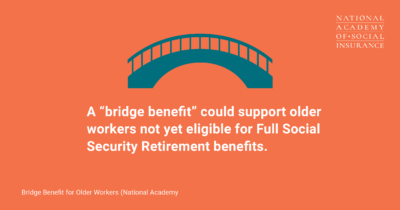 UI has the foundation in place to support older jobless workers, but nearly a century after it was established, it needs updating. In addition to better supporting workers aged 50 and older, who constitute a growing share of the labor force, a modern UI system must support workers of color and immigrants whose participation in labor has long been neglected, the women workers who outnumber men in many occupations, and workers experiencing the effects of a rapidly shifting worker-employer relationship. The participation of these workers is critically important to sustain our labor force, so our UI system must support their efforts to continue to work and, as and when needed, to ease into retirement.

The Pathways to Economic Security toolkit is a series of resources, including this fact sheet, to provide policymakers, advocates, administrators, and other stakeholders with key facts to help improve the social insurance programs that protected millions of Americans during the pandemic. Learn more about the COVID-19 Task Force Policy Translation Working Group. This Task Force is part of the Academy’s Pathways to Economic Security campaign.

White, Elizabeth (2021). Testimony to the United States Senate Special Committee on Aging “A Changing Workforce: Supporting Older Workers Amid the COVID-19 Pandemic and Beyond.” April 29, 2021.

Economic Security for the 21st Century 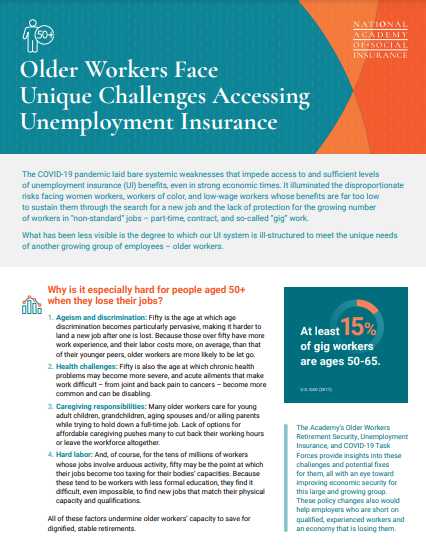