Recipient of the 2014 Robert M. Ball Award for
Outstanding Achievements in the Field of Social Insurance 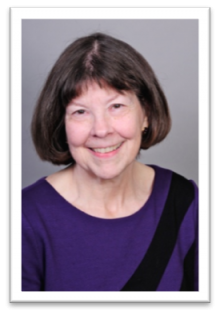 A nationally-known economist and highly-regarded expert on Medicare, aging, consumer health issues, and health care financing, Marilyn Moon is the 10th recipient of the Robert M. Ball Award for Outstanding Achievements in Social Insurance from the National Academy of Social Insurance (NASI).

“The Academy exists to further public understanding and informed policymaking, and Marilyn Moon’s work clearly advances this mission. On behalf of the Board of Directors, I am delighted to recognize her ongoing contributions to preserving and strengthening social insurance for today’s workers and future generations,” said William J. Arnone, Chair of NASI’s Board of Directors.

Marilyn Moon has an extraordinary record of public service and effectiveness in furthering public understanding of Medicare and its role in our nation’s social insurance system, including its interaction with Medicaid and Social Security. Her tireless efforts to strengthen Medicare and social insurance programs – particularly those affecting the elderly and economically insecure members of our communities – are especially important today as policymakers grapple with social insurance policy reforms and their impact on households.

Currently, Marilyn Moon is an Institute Fellow at the American Institutes for Research (AIR) and the Director of AIR’s new Center on Aging. Moon was also Senior Vice President and Director of the Health Program at AIR from 2003-2013. Throughout her multi-faceted career as one of the preeminent scholars of Medicare policy, she has produced some of the most influential publications in this field, including Medicare Now and In the Future and Medicare: A Policy Primer. Her works, widely lauded and used by other experts, also serve as go-to guides for non-expert policymakers, educators, and students. From 1993 to 2000, Moon authored The Patient’s Advocate, a Washington Post column answering questions about health care reform and health insurance coverage issues.

“It is an honor to recognize Marilyn’s remarkable contributions to social insurance policy,” said Judy Feder, Chair of the 2014 Robert M. Ball Award Selection Committee and Professor at Georgetown University’s McCourt School of Public Policy. “Through her research, public education, public service and advocacy, Marilyn has advanced public and policymaker understanding of the importance of policy to the health and income security of older Americans. Her work informs and reminds us that income and health security are tied, that good policy must consider both, and that, whether we are young or old, have lower or higher incomes, in making policy work effectively, we are all in it together.”

Marilyn Moon’s long and distinguished career as a public servant began at the Congressional Budget Office, where she worked as a senior analyst on entitlement issues with a particular emphasis on Medicare. She went on to work with the U.S. Bipartisan Commission on Comprehensive Health Care, popularly known as the Pepper Commission. During the Clinton Administration, Moon served with distinction as a Public Trustee of the Medicare and Social Security Trust Funds. More recently, Moon was the Chair of the Maryland Health Care Commission from 2008-2012. She also served as project director for the Community Forum, a project funded by the Agency for Health Research and Quality (AHRQ) at the U.S. Department of Health & Human Services that promotes stakeholder participation in evidence-based research.

Beyond government service and academia, Marilyn Moon has provided critical leadership and innovative thinking across a number of non-governmental organizations. In 1986, Moon established the Public Policy Institute at AARP. Today, AARP’s Public Policy Institute continues to inform and stimulate public debate on issues faced by aging Americans and contributes to the development of sound, creative policies that promote economic security, health care, and quality of life. Moon also left her mark on the Urban Institute, where she was a research associate and Senior Fellow for over 17 years between 1983 and 2003. While Moon was at Urban Institute, she published some of her most influential works, including Medicare Now and in the Future. Since 1996, Moon has served on the Medicare Rights Center Board of Directors and was president from 2005-2006. She is currently a member of the National Advisory Committee of the California Health Benefits Review Program and a member of the Institute of Medicine.

Katherine Swartz, Professor of Health Economics and Policy at Harvard University and Co-Chair of the 2014 Robert M. Ball Award Event Committee notes: “Marilyn is one of the most modest people in this field. Throughout her career, she has written and spoken passionately and eloquently on the importance of social insurance. She has always generously shared credit with colleagues, and she is completely focused on making sure the programs get the attention they need. I look forward to celebrating Marilyn’s achievements and ongoing contributions with our colleagues at the banquet in June.”

Marilyn Moon’s extensive writings and commentary continue to be widely cited. In addition to testifying before Congress on Medicare-related issues, her expertise has been sought by numerous media outlets, including CBS, NBC, and NPR’s Diane Rehm Show. She has authored and co-authored a large number of research reports and policy briefs on Medicare, poverty, health policy, income distribution, and long-term care issues. Throughout her illustrious career, Moon’s expertise and insight has influenced and continues to impact hundreds of professionals, leaders, and stakeholders within social insurance.

“In 2015, Medicare will turn 50. As we look ahead to this milestone and to the future of Medicare,” says 2005 Robert M. Ball Award recipient Bruce Vladeck, “we can count on Marilyn Moon, with her piercing intellect and her gentle manner, to help us forge ahead. She’s achieved so much over the past three decades, but you won’t catch her sitting in an armchair. She will continue to quietly lead the way forward. It’s wonderful to finally have an opportunity to properly recognize Marilyn for her remarkable contributions.” Vladeck currently serves as Chair of the Board of the Medicare Rights Center. Along with Katherine Swartz, he is chairing the 2014 Robert M. Ball Award Event Committee.

A founding member of the National Academy of Social Insurance (NASI), Marilyn Moon has profoundly contributed to NASI’s mission and programs in many ways. In addition to serving on the Board of Directors, and as the Academy’s eighth president, Moon was Chair of NASI’s Study Panel on Financing Medicare. She helped produce a number of the Academy’s Medicare policy briefs and reports, including Financing Medicare’s Future, and has spoken at several of the Academy’s annual policy research conferences and other events.