WASHINGTON, D.C. – The growth rates of total workers’ compensation benefits paid and employer costs declined in California in recent years, according to a new report from the National Academy of Social Insurance (the Academy).

“California Senate Bill 863, which took effect in 2013, increased permanent disability benefits to injured workers and improved the medical delivery system,” said Christine Baker, Director of the California Department of Industrial Relations. “These reforms also included cost-saving efficiencies to employers that will shape workers’ compensation benefits and costs in our state in the coming years.”

“California is one of the highest employer cost states in the country,” said Frank Neuhauser, Researcher at University of California, Berkeley. “Although California’s average medical and cash benefits paid per claim are only moderately higher than the median state, administrative costs, such as those for litigation and claims management, are extraordinarily high and rising faster than any other cost component.”

Other findings on workers’ compensation in California from the Academy’s report include: 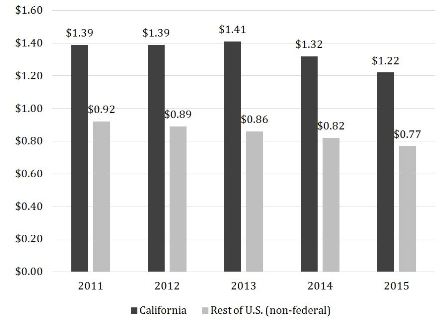 Figure 2. Workers’ Compensation Costs per $100 of Covered Payroll, 2011-2015: California and the Rest of the United States (non-federal) 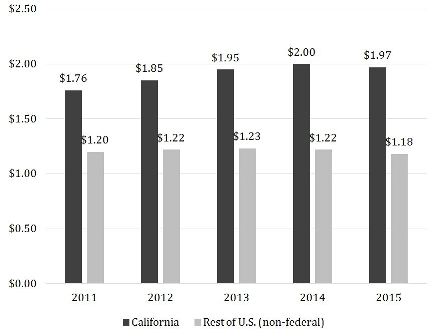