Workers’ compensation insures millions of workers and their families against the risks associated with lost wages and medical costs in the event of injury on the job, work-related illness and, in extreme cases, the death of a worker. It is the only social insurance (SI) system run almost entirely by states, with no federal guidelines.

Despite being a core component of the U.S. social insurance system, workers’ compensation often receives less attention than other SI programs, like Social Security and Medicare, in part because it has no federal aspect. To fill part of this gap, the National Academy of Social Insurance produces an annual report on state and federal workers’ compensation program benefits, costs, and coverage. This latest report provides new data for 2017, with comparison data for the five-year period from 2013 to 2017. 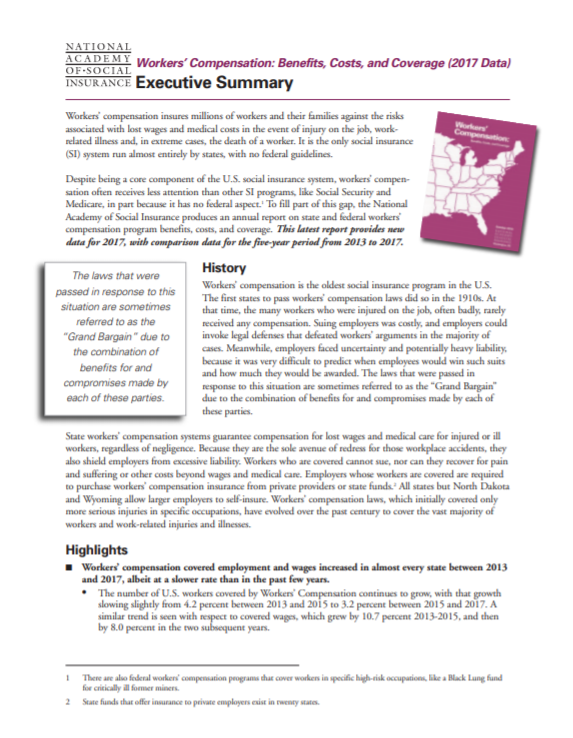