The 24th annual workers’ compensation report produced by the Academy provides the only comprehensive data on workers’ compensation benefits, coverage, and employer costs for the nation, the states, the District of Columbia, and federal programs. Trends in this five-year study period (2015-2019) largely continue those presented in the past few reports. Additionally, this year’s report implements improved methods to estimate employer costs and incorporates more state-agency data to create the most accurate report to date. 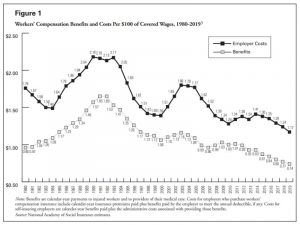 In the century since, workers’ compensation has served as a critical protection for workers and their families, providing medical care and, when appropriate, cash support. (It also pays funeral expenses and survivor benefits for those whose injuries result in death.) It has evolved to protect not only those injured at work, but also certain cases of those who become ill due to workplace factors, though occupational diseases have been less clearly and consistently covered.

As a state-based system, measuring the impact of annual legislative and regulatory changes on employers and workers nationally is difficult. This makes the National Academy of Social Insurance Report on Workers’ Compensation Benefits, Costs, and Coverage an important and unique work.

Since 1996, the Academy has produced the nation’s only annual report providing data on coverage of the U.S. labor force, the cost of that coverage, and benefits paid to workers at both the national level and across states. Annual reports provide data updated to two years prior – in this case, the most recent data are from 2019 – as well as updates on the preceding four years (2015-18), and twenty-year trends for key metrics.

This executive summary highlights key findings and trends from the report, which is available on this website.

Coverage continued to increase, largely because the labor force has continued to expand, a fairly consistent trend. (Table 1) 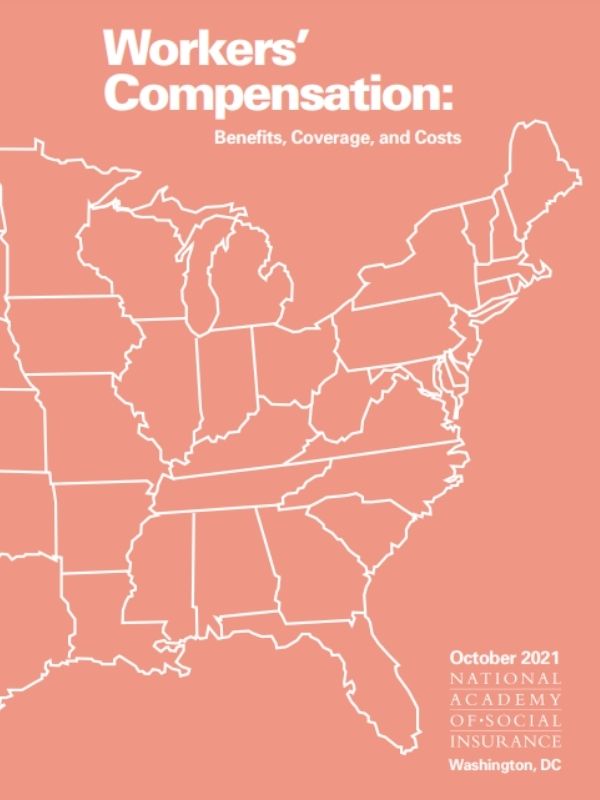