“The first wealth is health.”

Ralph Waldo Emerson offered this observation in The Conduct of Life published in 1860, and the statement remains centrally true to the human condition today. The simple sentence belies the range of factors that have an impact on the health of individuals and populations, including the social insurance and other public policies that affect the ability to maintain health insurance and to obtain access to necessary health care services on a consistent basis throughout the lifespan. Good health is essential to the ability of people to participate effectively in education, productive work, recreation, and civic and community life. The current political and economic environment presents several threats as well as opportunities for ensuring access to health care across the generations.

In the United States, the ability to work plays a major role in having access to health insurance. Employment is now sometimes a condition for continued eligibility for some public health insurance programs, as well. In 2017, according to the U.S. Census, work provided access to employer-based private insurance for approximately 56% of Americans. Another 19.3% received coverage from the Medicaid program, and Medicare covered 17.2% of the population. Some 16% made individual purchases of coverage and 4.8% had military-related overage. The number of people who had no coverage at any point during the year was 28.5 million, or 8.8% of the population. As the economy evolves to change the traditional relationship between workers and a fixed employer, and as work requirements become prerequisite for coverage under Medicaid in some states, the foundation for access to health insurance coverage—and, therefore, access to healthcare services—may diminish. Individuals and households across all generations, and especially Millennials and younger generations, are faced with how to maintain economic security in light of these developments.

The Affordable Care Act (ACA) offered opportunities for people to obtain health insurance through the private markets and the Medicaid expansion. This legislation has had a significant impact on reducing the number of uninsured in the population. Nevertheless, the cost of coverage, the problems of underinsurance, the cost for governments of operating public programs, inequitable access to services, and the cost of health care products and services such as prescription drugs, remain persistent challenges for individuals and policymakers.

While the ACA is still under legal threat, most recently from the Texas v. Azar litigation, the efforts of Congress to repeal the law have not succeeded. According to a Kaiser Family Foundation November 2018 survey, fifty-three percent (53%) of the public has an overall favorable view of the law. The most popular provision, with 82% of survey respondents rating it favorably, allows parents to maintain coverage for children until age 26—a provision of the law that directly benefits millennials and younger generations. The provision preventing underwriting or exclusions on the basis of preexisting conditions was the next most popular with 65% of respondents rating it favorably. The litigation seeks to eliminate these popular protections—and many others.

A majority of the public now perceives that needing healthcare is only a matter of when, not whether, and that preexisting conditions are widely experienced by the population. Proposals to change the eligibility age for Medicare or extending participation to Americans below age 65 are actively debated. Indeed, the Academy recently issued a report, authored by Academy Member Paul Van de Water with support from the Commonwealth Fund, looking at major design challenges involved in six recent proposals to change Medicare eligibility. Further work in this area is underway. The Academy has also examined opportunities for addressing the high cost of prescription drugs in its 2017 Report to the New Leadership and the American People on Social Insurance and Inequality.

At the end of this month, at the Academy’s 31st annual policy conference on Regenerating Social Insurance for Millennials and the Millennium, we will continue to examine these latest health care policy developments and related issues and trends, particularly as they affect the economic security of millennials. The session on “Health Care Coverage Across the Generations” features an interdisciplinary panel of policy professionals:

As is always the case with the Academy’s annual policy conferences, the audience is often as knowledgeable as the panel. We hope you will bring your questions and helpful critiques to this important discussion for the future of healthcare for workers and their families. 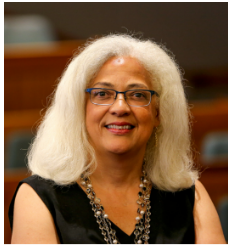