What does a “post-truth” era mean for the Academy?

“Whenever the people are well-informed, they can be trusted with their own government.”
​– Thomas Jefferson

With much fanfare, the Oxford Dictionaries announced that the new word for 2016 was “post-truth.” The Dictionary defines “post-truth” as “relating to or denoting circumstances in which objective facts are less influential in shaping public opinion than appeals to emotion and personal belief.”

According to Katherine Martin, head of U.S. Dictionaries for Oxford University Press, quoted in The Washington Post, words selected capture the “ethos, mood or preoccupations of that particular year and have lasting potential as a word of cultural significance.”

Thirty years ago, the National Academy of Social Insurance was founded on the belief that the nation’s discussions and debates on the role of social insurance needed to be based on evidence and facts. Indeed, one of the very first acts of the Academy’s founding Board was to establish “a clearinghouse to respond to misstatements in the press.” We sought then to develop “guides to most of the recurring fallacies.”

One of the Academy’s early supporters, then-Senator Daniel Patrick Moynihan, coined a since oft-quoted statement that “everyone is entitled to their own opinions, but not to their own facts.”

In the current issue of Scientific American, Michael Shermer describes a series of experiments by Dartmouth College professor Brendan Nyhan and University of Exeter professor Jason Reifler.  According to this article, the researchers identified a factor they call “the backfire effect, in which corrections actually increase misperceptions among the group in question, because it threatens their worldview or self-concept.”

Similarly, Joe Keohane wrote in The Boston Globe:  “In a series of studies in 2005 and 2006, researchers at the University of Michigan found that when misinformed people, particularly political partisans, were exposed to corrected facts in news stories, they rarely changed their minds. In fact, they often became even more strongly set in their beliefs. Facts, they found, were not curing misinformation. Like an underpowered antibiotic, facts could actually make misinformation even stronger.”

This article also cited a study done in 2000 by James Kuklinski of the University of Illinois at Urbana-Champaign, in which respondents were asked questions about welfare. “More than half indicated that they were confident that their answers were correct — but in fact only 3 percent of the people got more than half of the questions right. Perhaps more disturbingly, the ones who were the most confident they were right were by and large the ones who knew the least about the topic.”

Kuklinski calls this the “I know I’m right” syndrome. “It implies not only that most people will resist correcting their factual beliefs,” he wrote, “but also that the very people who most need to correct them will be least likely to do so.”

This article also referenced a 2007 study by John Sides of George Washington University and Jack Citrin of the University of California at Berkeley, which sought to determine “whether providing misled people with correct information about the proportion of immigrants in the US population would affect their views on immigration. It did not.”

Finally, a 2006 study by Charles Taber and Milton Lodge at Stony Brook University “showed that politically sophisticated thinkers were even less open to new information than less sophisticated types. These people may be factually right about 90 percent of things, but their confidence makes it nearly impossible to correct the 10 percent on which they’re totally wrong. Taber and Lodge found this alarming, because engaged, sophisticated thinkers are ‘the very folks on whom democratic theory relies most heavily.’”

‘Hit them between the Eyes’

If corrective facts might actually make matters worse, what can we at the Academy do to convince people of the error of their beliefs when it comes to such social insurance misconceptions as Social Security’s “imminent bankruptcy” and “intergenerational transfers from poor children to well-off elders?”

And, according to the above-referenced article, “Kuklinski’s welfare study suggested that people will actually update their beliefs if you hit them ‘between the eyes’ with bluntly presented, objective facts that contradict their preconceived ideas.”

The Academy is committed to fostering a climate that encourages robust debate and does not impugn the motives of those who disagree over solutions. We must ensure, however, that respect for facts remains paramount. Evidence-based discussion of public policy is critical to a thriving democracy.

A prime example of our approach was the convening of a diverse range of experts who helped prepare for our 2016 Annual Policy Conference on Disparate Income, Wealth, and Opportunity: Implications for Social Insurance.  This conference represented the launching of inequality as the overarching theme and framework of the Academy’s policy work in the coming years.  Our goal was to establish across-the-board agreement on the facts about growing inequality in the United States, as well as some consensus on its causes.

As always, we welcome your thoughts on this critical challenge. 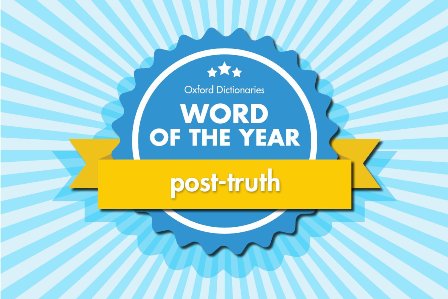