This essay is an independent contribution by Derek Montroy, a Turtle Clan Member of the Oneida Indian Nation. Opinions within are not expressly endorsed by the National Academy of Social Insurance. Please feel free to share your thoughts in the comment section below or reach out to Griffin Murphy, Policy Analyst for Income Security, at gmurphy@nasi.org with feedback.

American Indians have dealt with cultural degradation and economic instability 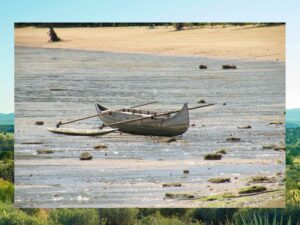 As a historically disenfranchised people, most American Indians were in desperate need of financial assistance throughout the 20th century – and many are still in need today. Over the past few decades, however, an increasing number of tribal nations, mine included, have embraced their recognized sovereignty to regain control of their economic future.

Many have built enterprises to, in part, implement some version of a universal basic income (UBI) distribution. The financial distributions from these tribal nations to their members provide the means for many to boost their families out of poverty, and even encourage greater participation in the labor market. My mother and grandmother are examples of that – and they both worked well past the traditional retirement age.

Some policy analysts have decried UBI as bad policy that negatively impacts the labor market and disincentivizes work. While there are anecdotal examples on both sides of this argument, the negative consequences of generational disenfranchisement for perceptions of and relationships with the labor market, in particular for people of color, cannot be overstated. Widespread thoughts of ‘society failed our parents, so what do we have to gain from contributing to it now?’ encapsulate this issue.

For generations, American Indians have endured numerous atrocities, including forced banishment from our homelands, and even outright genocide. This systemic degradation of our culture resulted in societal inequities that have led to rates of suicide, clinical depression and other mental health issues that exceed, and often dwarf, those of any other ethnic group in the United States.

The growing rate of income inequality has only exacerbated the economic challenges many of us are now facing. Forbes recently reported that nearly 500 people became billionaires in the pandemic year; a strange occurrence given the global economic shut down for over three months and the financial hardship felt by so many. It is especially striking given the continued relegation of many groups in our society, and the ongoing assault on low-wage earners more broadly.

Social welfare programs like TANF, WIC and SNAP have the potential to alleviate some of this suffering. However, they typically demand both that benefitting individuals are employed and that beneficiary income is extremely low. This makes it difficult, if not impossible, for households receiving benefits to maintain a respectable standard of living. Matters are further complicated by burdensome applications for benefits, which involve waiting for one’s application to be processed while living with little or no income and which must be refiled if one’s income exceeds eligibility thresholds for short periods of time.

This instability in both employment and benefit status adversely impacts mental health. Even earned benefits, such as Social Security, do not provide the level of certainty they once did due to Congress’s unwillingness to shore up program funding to ensure that full benefits can be paid out indefinitely.

A Universal Income Base to improve economic security

Fortunately, there is a simpler way to guarantee people access to the resources they need to be healthy contributors to society. The World Health Organization has already studied the impact UBI could have on increasing positive health outcomes. In its report, it called for a three-tier system in which basic income,

“as a foundation, will strengthen capabilities and incentives to contribute and save, which therefore replaces the need for compulsion mechanisms linked with subsistence support…it also avoids the poverty traps associated with means-tested basic assistance. This can help address the documented negative health impacts of conditional and benefit sanctions approaches.”

Stopgap measures and goalpost shifting by Congress continue to put the burden of accessing and receiving benefits on households. Existing programs that maintain the same approach to conditionality will not work in the future, but neither will eliminating them altogether.

Building an equitable economy begins with removing the stigma associated with welfare. The best way to achieve this is to make those funds available to a larger group of people, by both reducing rules and regulations that impede access and confuse administration, and incentivizing recipients to save and participate in the economy. In other words, a universal income base (UIB) that is not meant to replace work, but rather to provide steady support to households no matter what challenges they are facing.

A UIB will also be a more efficient use of taxpayer dollars than many established programs that have means-based tests. This efficiency may not show up in the dollar-for-dollar program cost, but rather in the time and energy saved by both low-income households and administrators of burdensome procedures. The certainty of at least some financial support arriving within a week or month will be a boon to mental health and allow individuals to make long-term investments that would not otherwise be possible.

The economic success of many tribal nations and their members is proof of the power of direct financial assistance. A less conditional approach to benefits will inherently make the process more equitable. If conditionality is necessary, income and asset cutoffs must be set where a majority of citizens would qualify in order to invigorate those who have historically been marginalized in the economy.

It is long past time to address the country’s financial future and repair the federal government so that it works for everyone. A steady and meaningful income stream, especially to those who have observed generational disenfranchisement and cyclical poverty, is a critical starting point. A carefully crafted UIB will do that.

Elements to consider in establishing a guaranteed income: 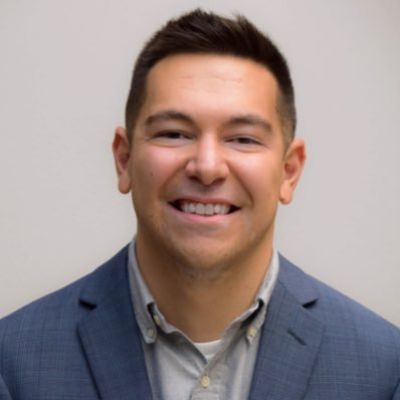