Social Security is America's most cherished public policy program and one of the most successful. Today, and for several decades before, Social Security accounts for 55% of the annual income of U.S. households headed by adults ages 65 and older. The improved financial strength of our seniors has helped preserve a viable standard of living for many of them. In addition, it has reduced the financial and emotional stress of families trying to support multiple generations.

But past success is a poor yardstick for measuring the current viability of a social insurance program. Moreover, failure to identify current issues with Social Security and offer solutions can leave Congress under-informed and under pressure to produce a “quick fix.” No good can come of that.

Here’s my take on the Social Security issues we need to own, some well-known, others not. The Social Security system is in grave financial trouble — in worse financial shape now than in 1983 when the Greenspan Commission "fixed" the system's finances. It’s also in worse shape than Detroit’s two pension systems, taken together. According to the Social Security Trustees (Table IV.B6, “Unfunded OASDI Obligations for 1935 (Program Inception) Through the Infinite Horizon, Based on Intermediate Assumptions,” in the 2013 Trustees Report), the system is 32% underfunded, notwithstanding its $2.7 trillion Trust Fund.

Either of these options — or any combination — would be extremely painful if executed with simple broad strokes, as an ill-informed Congress might do. But dialogue and research by experts over a reasonable period can produce better results — provided the experts are willing to recognize the complete set of problems in the existing program!

In fact, Social Security's problems extend far beyond its finances. The system is incredibly complex. Its Handbook has 2,728 complex rules, and its Program Operating Manual has thousands of even more complex rules to explain the Handbook's rules. As a result, many of the system's key features are virtually incomprehensible. This enormous complexity and the opaque and growing (thanks to lack of inflation indexation) federal income taxation of Social Security benefits leave millions of workers ignorant of their true purchasing power in retirement. They may seriously overestimate their retirement income and save far too little for retirement. And millions of retirees may take the wrong benefits at the wrong age, ending up with a much lower living standard in retirement than they should because they didn't understand the rules.

It’s not enough just to clarify the current program because it also produces major inequities and inefficiencies. Thanks to the system's spousal and survivor benefits, millions of workers pay Social Security taxes year after year and end up with no extra benefits. Indeed, a working spouse can end up with lower benefits than a spouse who never worked. And when people do not understand what they are getting back for their extra Social Security taxes, public support for the system will erode. We know where that leads.

It's time for the social insurance experts — that’s us — to suggest ways to fix Social Security. We are in the best position to suggest the actions that do not sacrifice the program’s key objectives. The process begins by recognizing the program’s flaws. If we are going to ask younger generations to pay most, if not all, of the current system's unfunded liability, let's give them a modern Social Security system that is simple, transparent, fair, efficient, and financially sound.

To that end, I seek your review, comment and endorsement of The Purple Social Security Plan.  "Purple" reflects my belief that both sides of the political aisle can agree to this plan. And please send the URL (www.thepurplesocialsecurityplan.org) to other economists, social insurance experts, and concerned citizens you know.

Larry Kotlikoff is a long-time Academy member and a professor of economics at Boston University. He developed Generational Accounting, a method of measuring fiscal burdens across generations. His books include The Clash of Generations (2012), Jimmy Stewart is Dead: Ending the World’s Ongoing Financial Plague with Limited Purpose Banking (2010), and Spend ‘Til the End – The Revolutionary Guide to Raising Your Living Standard, Today and When You Retire (with Scott Burns, 2008). 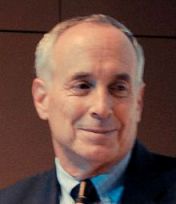 I have a working computer
I have a working computer model of social security created in 1984 after the big :Fix.” In 1984 I looked at cohort population, the 1977 OASI benefit formula, wage growth indexing to determine each cohorts avg OASI benefit and more. The Social Security OASI program is based on some basic mathematics; Each person’s OASI benefit is based on wages subjected to SS and has nothing to do with taxes paid. As wage growth increases, so do future benefits at the same EXACT RATE. This means that it is very easy to project each cohorts cost. In addition since the OASI tax is also known, it is very easy and precise to calculate the amount of revenue a cohort will pay. Life expectancy is changing very slowly less than 0.25% per cohort which for a cohorts 20-21 average life span past full retirement age, is not much in terms of additional cost. COLA is far larger than life expectancy.

Another fact is that we know and can project the number of workers entering the work force for the next 20 years since they have already been born. There were be no new workers for the birth cohort of 2013 or before. In addition we can project the number of beneficiaries over the next 100 years since there will be no new beneficiaries born since 2013 is in the past.

What the writer is aledging is the SS-OASI is 35% funded, but that is only over a very short period of time. The write is correct that the problem facing SS today is far greater than in 1983. But just like the Greenspan commission did not FIX social security, the 75 year solvency period is not a fix either. For in year 76 Social Security once again will face a problem far larger than it now faces.

Social Security began having problem from day one when it in 1940 it began paying meaningful benefits without paying meaningful taxes. In 1950 on verge of being unable to pay benefits, they enrolled the the other 50% of the population that were described as undesirable’s due to low and inconstant wages would be a drag on SS finances. So in order to support the first tier ponzi a second tier was formed to suport the fist. The third tier began in the lat 60’s when both the tax and base were raised. In 1983 SS-OASI exhausted its trust fund, borrowed $11 Billion from SS-DI and Mediare’s trust fund to pay current benefits. A fourth tier ponzi scheme was then created by the congress using the Greenspan Commission report.