How Can Social Insurance Better Respond to the Needs of the Aging Formerly Incarcerated?

I spent most of the 2014 NASI Conference reflecting on the implications of protecting and expanding social insurance programs for low-income seniors, particularly older Americans of color and women. However, in the course of my research, I have found that one – unfortunately large – group of older Americans gets overlooked when speaking about the ways we can improve our social insurance programs: formerly incarcerated people. So, (barely) conquering my morbid fear of microphones, I asked one of the panels about the role of social insurance for these people.

Michael Lind was the only person to offer a response. The gist of his reply was that social insurance exists to help everyone – young, old, sick, healthy, poor, disabled, formerly incarcerated or not – if they need it. That answer left me deeply unsatisfied, though through no fault of Mr. Lind’s. Clearly, it is an issue that requires a much deeper analysis than can possibly be offered in the compressed timeframe of a question-and-answer session.

Who are the formerly incarcerated?

Of the 6 million or so Americans who have served time behind bars, more than one-third are over the age of 50 and nearly nine percent are older than 60. That’s around 2 million older Americans – about the total population of Slovenia or Latvia – who have served time in prison, and more than that who have been felons. This group of Baby Boomers is overwhelmingly male, and disproportionately black and Latino compared to the generation as a whole. According to research by Bruce Western at Harvard, a black Baby Boomer is almost nine times more likely to have served time in prison than his white counterpart.

The scars of incarceration, especially in the labor market, are real. Research has shown that, by age 48, the typical formerly incarcerated person will have earned $179,000 less than if he had never been convicted of a crime – and this does not even account for the time behind bars. At age 45, the mean annual income for these people is just $23,500, meaning most formerly incarcerated Baby Boomers will be fortunate to go into their twilight years with even the tiniest of retirement savings.

In addition to their economic insecurity, they are likely to face unique issues to their health and psychological well-being. Research has shown that the average prisoner has a health status comparable to someone more than a decade older than their calendar age, and life expectancy is decreased by two years for every year spent incarcerated. Because of unjust mandatory minimum sentencing, many drug offenders convicted during the prison boom of the 1980s and 1990s spent well over a decade in prison.

And in many states, people convicted of felonies are denied even the smallest democratic voice by revocation of the right to vote.

In the end, this cycle – long-term incarceration, difficulty finding employment, denial of voting rights – has created an impoverished and oft-ignored underclass of Americans who will find it difficult, maybe impossible, to age with health and dignity.

The role of social insurance

The role of social insurance in pushing back against this blight is murky, but there are certainly ways to improve programs like Social Security and Medicare to provide a more just and humane process of aging for the formerly incarcerated and many others. Since formerly incarcerated seniors are likely to rely on Social Security for the vast majority of their income after they reach retirement age, increasing the special minimum Social Security benefit for those with over thirty years of work history to at least 125 percent of the federal poverty limit would help. At the same time, the threshold for earning a year of credit for the special minimum benefit should be lowered.

The aging network has an important role to play, as well. Focused outreach and enrollment to formerly incarcerated people in subsidies for Medicare such as the Part D Low-Income Subsidy, Medicare Savings Programs, and Medicaid can help with health issues that are the result of incarceration. Community-based organizations doing this kind of work could partner with parole boards to help those of the 125,000 current incarcerated people over 55 that are released from prison on a daily basis. Meanwhile, senior centers in high-needs areas could provide programming specifically targeted at this population. A holistic approach could help ease the transition of older ex-offenders back into their communities.

The NASI conference was a tremendous opportunity to reflect on how we can be using our nation’s popular, efficient, and incredibly successful social insurance programs to better serve all Americans who need them. It is wonderful that, as Mr. Lind pointed out in his answer, these programs exist to help anyone who needs them. But that doesn’t mean we shouldn’t keep looking for ways to improve them and make them more just for the people who are likely to need them the most, such as aging formerly incarcerated people.

Conor McGovern is a Senior Research Associate at the National Council on Aging, where his work bridges social science with programs and policy in order to improve the economic security and well-being of low-income older Americans. His previous work as a Policy Fellow on a national grassroots retirement security campaign at the Center for Community Change allowed him to write and co-write policy briefs on Social Security. A champion for social justice and human rights in Europe as well as the United States, Conor has been a State Department Title VIII Fellow to Ukraine and a Fulbright Fellow to Bulgaria. Conor received his Masters from Georgetown School of Foreign Service with a concentration in demography. In addition, he is an avid sabermetrician and his research credits include the identification of the ‘ten yard ditch’ phenomenon in football. McGovern was one of six students and young professionals awarded a scholarship to attend NASI’s 26th annual policy research conference January 28- 29, 2014, in Washington, DC. 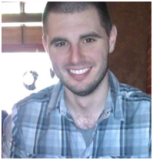