As Phil wrote in the summer 2015 issue of Generations, the journal of the American Society on Aging: “Medicare was my entrée into a long and exciting career in health policy. The efforts I was involved in to advocate for, implement, and refine the program had a profound impact on me.” He noted that, as a proponent of universal health care legislation in the 1960s, he was “repeatedly accused of being a socialist.”

Phil worked with Academy Founding Board Member Wilbur Cohen in 1965 to launch Medicare. Among Medicare’s many accomplishments, Phil often singled out Medicare’s role in desegregating hospitals (as did Bob Ball, with whom he worked closely).

After leaving his position in the federal government, Phil became Chancellor of the University of California – San Francisco, where he was credited with increasing racial diversity among its staff, faculty, and student body. In 2007, the university named its Institute for Health Policy Studies in his honor. In 1986, he chaired the newly-established Physician Payment Review Commission. Phil returned to the federal government as Assistant Secretary at the Department of Health & Human Services in 1993. Among his top priorities were, in his own words, “continuity and coordination of care.” As he noted: “As a Medicare beneficiary’ my relationship with my primary physician is not at risk.”

Phil’s second wife was Academy Member Carroll Estes, our 2019 Ball Award recipient. Thanks to arrangements made by Academy Members Ed Yelin and Phil Caper, I had the opportunity in 2019 to visit with Phil and his wife, Dr. Roz Lasker, in Manhattan. Phil recounted in vivid detail his health care policy experiences in both the Lyndon Johnson and Bill Clinton Administrations. He remained interested in, and appreciative of, our Academy’s work on Medicare and related health policies. 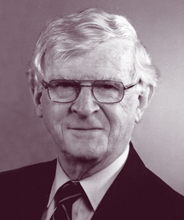