Stan was an Academy Founding Member and a loyal and generous supporter of the Academy throughout our nearly 35-year history. In addition to serving on the Board of Directors, among Stan’s many contributions included co-chairing our 25th anniversary event, Celebrating Milestones and Envisioning the Future of Social Insurance. He also served on the Advisory Board of The Journal on Social Security, Pensions, and Retirement Income of the Social Insurance Research Network (SIRN).

When President Bill Clinton named Stan to chair the Social Security Advisory Board in 1997, he noted that, among Stan’s contributions, was his serving as chair of our Academy’s International Understanding Committee. Stan’s focus on international social insurance programs was exemplified by his 1995 presentation, “Public Versus Private Pensions – Dimensions of a Worldwide Debate,” at the International Social Security Association’s General Assembly.

Stan taught law at Georgetown, Harvard, New York University, and at the University of Virginia, and was a Visiting Fellow at the Hoover Institution at Stanford University. He practiced law as a partner at the law firm of Arnold & Porter, and served as Chair of the American Bar Association Tax Section Committee on Social Security and Payroll Tax Problems.

“I had the pleasure of working as a co-Public Trustee for Social Security and Medicare with Stan Ross for five years. He was a dedicated professional and we worked together on a non-partisan basis to state the facts and speak the truth regarding these important social insurance programs. We also worked together to publish the first independent Public Trustees statement and condensed report. Stan will be missed.”

He was always available as a valued source of wise, pragmatic, and often blunt counsel. 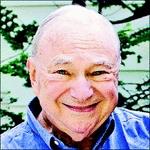