A decade ago when Congress debated President George W. Bush’s proposal for partial privatization of Social Security, U.S. pension analysts scrutinized the experience of countries that had replaced, or partially replaced, social insurance with privately managed investment accounts, seeking lessons for the United States. In the years since Congress rejected the Bush proposal, U.S. analysts have focused less on these foreign systems. Yet they continue to offer rich insights into the challenges of ensuring retirement security through individual accounts.

This post highlights recent developments in four key countries: Chile, whose government was the first to privatize its public pension system; Hungary and Poland, which partially replaced their public systems with mandatory investment accounts; and Sweden, the sole country among the original EU member states to adopt this strategy. 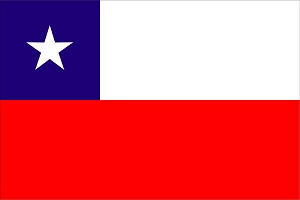 In 1981, Augusto Pinochet terminated Chile’s public pension system and required workers to place 10% of wages in privately managed accounts. This move is credited with developing the Chilean stock market, and for years the World Bank urged other governments to follow Chile’s lead. However, today the effectiveness of Chile’s individual accounts is widely challenged. At just $315 (2016), Chile’s average pension is lower than the minimum wage ($384).  In recent years, 40% of pensions have fallen below the poverty level. Last Fall, in the largest demonstration since Chile’s return to civilian rule, 1.3 million Chileans took to the streets to protest low pensions.

This problem does not reflect weak market performance: Chilean investment returns, though declining, have been high. Rather, according to a recent Chilean presidential commission, today’s low pensions result primarily from high private management fees, which erode more than half of workers’ investment earnings, and from low compliance with the contribution requirement, a problem aggravated by government’s limited enforcement role in the privatized pension system. Public opinion polls in the Fall of 2016 showed that 84% of Chileans want a major pension overhaul, and 61% want to reestablish the public system. In an effort to salvage the private system, President Michelle Bachelet has proposed to promote competition, limit management fees, and require employers to make contributions. This is an election year in Chile, and the future of individual accounts hangs in the balance. 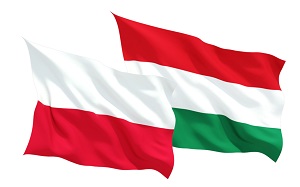 In 1997, in the wake of a shift from central planning to market economies, both of these governments diverted a portion of public pension contributions from the payment of benefits to fund privately managed individual accounts. The diversions, amounting to about one fifth of contributions, created financial shortfalls in the public pension systems that were both large and enduring. (See table below.) To fill these large “holes,” both governments resorted to annual borrowing, thus boosting their indebtedness for many years to come.

Costs of transition from social insurance to individual accounts:
Hungary and Poland

This practice ground to a halt when the global economic crisis made credit scarce and costly. A pension financing crisis ensued. In 2010, after receiving an IMF bailout, Hungary ceased funding its individual accounts, seized most workers’ account balances, and simultaneously restored their public pension rights.  In 2011, Poland adopted a similar but more gradual policy reversal. From the public’s perspective, both retrenchments were traumatic. Only a few years earlier, the governments had promoted individual accounts as workers’ personal property and stressed that account balances could be passed on to heirs. Yet, unable to continue to borrow to fill the holes in their public pension finance, the governments had few options. Their experiences provide a reminder that, in times of fiscal imbalance, the costs associated with a move from social insurance to individual accounts can destabilize government finance. 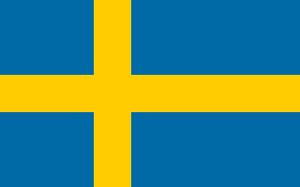 Chile shifted from social insurance to individual accounts under a dictatorship, and Hungary and Poland did so when their democratic institutions were new and weak. Sweden, by contrast, is a robust democracy with high levels of transparency and accountability and lively policy discourse. Sweden thus provides a sense of what is possible from individual accounts under the best-case scenario.

Four features of the Swedish design are noteworthy. First, individual accounts are relatively small, receiving just 2.5% per year of each worker’s covered earnings.  At the same time, Sweden’s public pension benefits are relatively high, replacing 55% of the median earner’s wages; and 90% of workers are covered by an occupational pension. These benefits insulate workers from the risks of financial volatility associated with individual accounts. Second, the Swedish government had a source of funds to cover transition costs, in the form of a large pension reserve. Third, through stringent regulation, the Swedish government protects account balances from erosion by high private management fees. Finally, account balances must be converted to annuities, with the government as the sole provider.  Reliance on a single national provider helps to keep conversion fees low, preserving worker savings for payment of pensions.

Among the most serious issues with the Swedish system today is excessive choice. With 800 account managers, workers face a bewildering array of options. Nearly half (43%) of workers have responded by declining to select a private account manager, including 97% of new labor market entrants. As a result, a public default fund is the largest manager of individual accounts.  Clearly this is not what Swedish policymakers expected, nor does such enormous choice enhance the welfare of most workers.   Discussions of how to address this problem are ongoing in Sweden.

Taken together, these national experiences underscore the need for a strong government role in the implementation of individual accounts. Contrary to the usual rhetoric on privatization, which promises a shift of management from government to private firms, governments need to keep records and enforce the contribution requirement, to protect worker savings from high private fees, and to ensure that annuities are available at reasonable cost. Furthermore, a government contemplating this shift needs to identify a funding source to cover its high transitional costs.  As shown, relying on government borrowing can be destabilizing.

Yet, while important, the design issues discussed are not fundamental to the policy choice between individual accounts and social insurance.  Rather, the fundamental issue is one of risk: Who will bear the risk that retirement benefits turn out to be inadequate? Under social insurance, workers receive a benefit promise and any needed adjustments in that promise are devised by workers, employers, and governments collectively. In this way, risk is shared. Individual accounts, by contrast, do not provide a benefit promise, and workers alone bear the risk of inadequate benefits in old age. The fundamental choice between social insurance and individual accounts thus rests on basic values. Questions of system design, while important, are secondary.