Rashi Fein, our longtime friend and colleague, Professor of the Economics of Medicine, Emeritus, at Harvard Medical School, passed away on Monday, September 8, 2014, at the Massachusetts General Hospital in Boston, MA.  He was 88 years of age, and the cause of death was melanoma.

Rashi was born in the Bronx, New York, and grew up in a number of cities in the U.S. and Canada.  He served in the U.S. Navy during World War II and received his Bachelor’s and PhD degrees from Johns Hopkins University in Baltimore in Mathematics (1948) and Economics (1956), respectively.

For more than a half-century from positions in the public, private, and academic sectors,  Rashi was a prominent participant in the effort to bring about a fair and equitable program of universal national health insurance to meet the needs of all Americans, regardless of their need or status, economic or otherwise.  He played a significant role in the development of the Medicare program and was gratified to have witnessed enactment and implementation of the Affordable Care Act, which he recognized as an incomplete compromise called for by the political climate and temper of the times. To the end, however, he firmly believed that the best way to meet the goal of making comprehensive health care coverage available to all Americans is through a single-payer program.

Rashi’s work as an economist in the health care arena began in the early 1950s when he served on the staff of the Commission on the Health Needs of the Nation, a body convened by President Truman to consider the question of national health insurance for the United States.  Later in that decade, he directed the economics task force for a study of the Economics of Mental Illness conducted under the auspices of the Joint Commission on Mental Illness and Health. During this period, he was also a member of the economics faculty at the University of North Carolina at Chapel Hill.

In 1961, Rashi moved to Washington, DC, to become a senior staff member with President Kennedy's Council of Economic Advisers, a position he held until 1963 when he was appointed a senior fellow in the Economics Study Program at The Brookings Institution. During his time at Brookings, he was also a member of the Johnson administration’s presidential task force on health where he contributed to proposals that shaped the Medicare program enacted in 1965.  He later served as the first chair of the Medical Assistance (Medicaid) Advisory Committee from 1966 to 1968.

In 1968, Rashi accepted an appointment as Professor of the Economics of Medicine at Harvard Medical School, a post he would hold until he took Emeritus status in 1999.  His years at Harvard were extremely productive and afforded him the opportunity to write, do research, teach and mentor students at the Harvard Schools of Medicine and Public Health, the Department of Economics, and the Kennedy School of Government.  He was also an assistant director of the Harvard Center for Community Health and Medical Care.  The movement to establish a program of universal health insurance in the United States remained a central focus of his time and work at Harvard. He was a member and later chaired the Technical Committee of the Committee for National Health Insurance.  He was a charter member of the National Academy of Sciences Institute of Medicine, and he was a founding member of the National Academy of Social Insurance (NASI).

Rashi served as a board member, consultant, and adviser to a variety of other public and non-profit agencies and institutions, as well as to a variety of organizations in his community.  Notable among the latter are his years of service as a member of the Board of Overseers of the Beth Israel Deaconess Medical Center, and as a member of the Board of Trustees of Hebrew Senior Life in Boston.  He was also the recipient of numerous awards and honors.

He leaves behind a rich legacy in the form of his writings on a wide variety of subjects, but especially on the quest for universal health care in the United States, in the books and articles he published over more than half a century.  Perhaps the richest part of his legacy is to be found in the young people, students and others whose lives he touched and whose thinking he influenced through his teaching and mentoring. And his opportunities to do so were many from the courses and classes he taught at Harvard and other universities, to his work with the Fellows at the Harvard Center for Community Health and Medical Care, his service on the National Advisory Committee of the Robert Wood Johnson Foundation (RWJF) Clinical Scholars Program, his participation as a member of the NASI selection committee for the John Heinz Dissertation Award, and his time as chair of the National Advisory Committee (NAC) of the RWJF Scholars in Health Policy Research program.

(2010), was based on various lessons and stories that, as chair of the NAC, he had presented over the years at the Scholars program annual meetings in Aspen, Colorado.  Indeed, Rashi was the consummate “story teller,” capturing even audiences of researchers who usually focused on quantitative methods and measures of statistical significance. He used his stories to engage them in understanding what their data meant, forcing them to think about how their work would impact real people, not just their list of publications. Although educated in economics, he challenged people to think broadly about the underlying causes of problems and how best to work towards meaningful solutions.  Such work would typically require insights from many disciplines.  The work, moreover, was not done when the manuscript was published—it would need continuing effort to get it into policy and practice.  His decades-long efforts for universal coverage exemplified that commitment.

Over the past year, Rashi had worked with a group of scholars on a co-authored volume, titled Medicare and Medicaid at Fifty, that will be published by Oxford University Press in June 2015.  His reflections as chair of the Medical Assistance Advisory Council in the years immediately following enactment of Medicare and Medicaid in 1965 tell a compelling story of how the perceptions of the two programs by lawmakers, administrators, and others differed greatly.  Medicare was perceived as a “social insurance” entitlement program for the elderly, while Medicaid was a “poor person’s” program aligned with welfare for pregnant women and their dependent children.  His recollections of those early days are both striking and informative, especially as the nation moves forward with implementing the Affordable Care Act, and the Medicaid program – not the Medicare program – becomes the principal vehicle for expanding health insurance coverage to uninsured citizens.  This final published work is a fitting capstone to a stellar career in academia and public service.  The volume is being dedicated to his memory.

His students, in many instances, went on to become colleagues and many of them have made substantial contributions to their fields, mindful of the lessons they learned from Rashi Fein and attuned to the sense of equity and social values he passed on to them.  These lessons and values, first learned from his parents, guided his life and informed his teaching, research, and writings throughout his professional career and personal life.  In truth, there can be no finer legacy for a man committed to so worthy a cause and to the education of succeeding generations who are well equipped to carry on his work.

All who knew him held him in the highest esteem.  All will miss him. 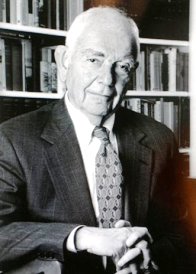