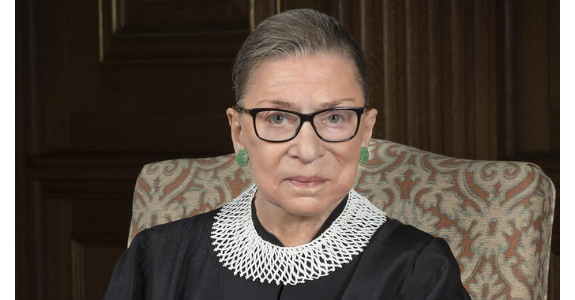 Among Ruth Bader Ginsburg’s many legal accomplishments was her role in successfully challenging gender discrimination in the Social Security Act.

In 1974, as a law professor at Columbia University and founder of The Women’s Rights Project at the American Civil Liberties Union, she filed suit against Caspar Weinberger, then Secretary of the U.S. Department of Health, Education, and Welfare, on the basis that Social Security’s treatment of surviving spouses violated the equal protection and due process clauses of the U.S. Constitution.

At issue was the Social Security Act’s provision of surviving spouse benefits (Section 402(g)). In this case, the plaintiff was a widower who claimed that he should receive survivor benefits determined the same way as for widows, so that he would be able to care for their child.

Ginsburg argued the case herself before the Court. (Her oral argument is available here.) In her argument, she stated that “this absolute exclusion, based on gender per se, operates to the disadvantage of female workers, their surviving spouses, and their children.” Furthermore, Ginsburg argued not only that the widower was the victim of gender discrimination, but also that his late wife was discriminated against in that her contributions as a worker to Social Security provided no benefit to her surviving spouse.

The U.S. Supreme court unanimously ruled in Weinberger v. Wiesenfeld (420 U.S. 636, 1975) in favor of her challenge. The Court’s landmark ruling remains one of its most significant decisions in the area of gender discrimination.

The Supreme Court’s historic opinion stated that “the Constitution…forbids the gender-based differentiation that results in the efforts of female workers required to pay social security taxes producing less protection for their families than is produced by the efforts of men.” It added that “such a gender-based generalization cannot suffice to justify the denigration…of women who do work and whose earnings contribute significantly to their families’ support.” The Court also noted that “it is no less important for a child to be cared for by its sole surviving parent when that parent is male rather than female.”

As a result of this decision, a new class of Social Security survivor benefits was created. Ironically, one of Ginsburg’s first jobs was working at a Social Security Administration office in Oklahoma.

With this case, forty-five years ago, Ruth Bader Ginsburg helped to draw national attention to discrepancies in the treatment of women as workers and the implications for caregiving. Reflecting on this case years later, she remarked: “I have often said that women will not achieve true equality until men are as concerned as women are with the raising of the next generation.”

May Ruth Bader Ginsburg rest in peace after a profoundly inspiring career and a life dedicated to advancing human rights with passion and brilliance.