Social Insurance and the 2020 Election

Home/Discussions  / Social Insurance And The 2020 Election

This is the first in a series of articles about the 2020 election, its aftermath, and implications for social insurance policy. 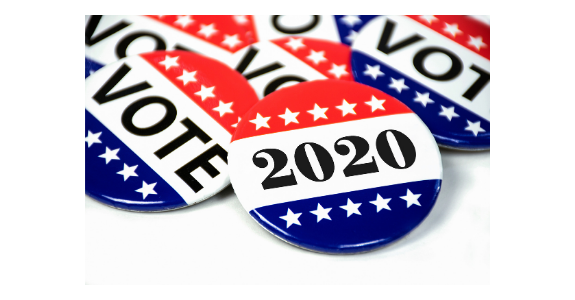 Despite a relentless attempt to undermine the results of the 2020 election, our nation is preparing for the start of a new Administration and the 117th Congress.

The National Academy of Social Insurance plays a valuable nonpartisan role in this process by providing policymakers, journalists, educators, other leaders, and the public with knowledge about the nation’s social insurance programs. We work with Academy Members and partners to provide objective, evidence-based analyses, policy options, and answers to questions facing policymakers.

Below is a brief recap of social insurance issues addressed during the Presidential campaign, along with a review of policy areas that may receive more attention in 2021 and beyond.

Social Insurance issues in the 2020 campaign

Both campaigns made older voters a priority group in their targeting, in view of this demographic’s historically high turnout rate and expectations of a “senior surge.”

The Biden-Harris campaign focused on President Trump’s executive orders on Social Security financing (which the Academy highlighted in August). Earlier in the campaign, Biden issued a proposal to lower the Medicare eligibility age. (The final report of our Medicare Eligibility Study Panel contains further analyses of policy design options and tradeoffs).

In addition, the Biden campaign made the nation’s care infrastructure a priority issue, as it announced a bold plan for caregiving supports to be more accessible and affordable to all as part of a “caregiving economy.” During his campaign for the Democratic nomination, as the first round of COVID-19 relief legislation was being developed, Biden immediately called for “emergency paid sick leave to everyone who needs it.” (November is National Family Caregivers Month. The Academy continues to make Universal Family Care a focus of our “Main Street” virtual webinars.)

The Trump-Pence campaign ran ads noting that the Trump Administration had protected both programs from any cuts and pledged to continue to do so. Their campaign also resurrected charges made during the Democratic primary that former Vice President Biden had previously called for cuts in Social Security benefits as part of his past support for bipartisan legislation, including balanced budget amendments – charges that the Biden campaign refuted.

Evidence is still being reviewed, but it appears that the Biden-Harris campaign did better with older voters than recent previous Democratic tickets. In every presidential race since 2004, Democrats lost older voters by at least five percentage points. (Al Gore in 2000 was the last Democrat to carry the senior vote.) This trend appears to have continued in 2020, although the Republican margin among older voters was smaller than in 2016.

By and large, the two Presidential and one Vice Presidential debates were bereft of any substantive discussion of social insurance policies or programs, continuing a pattern that characterized the Democratic Party’s Presidential debates in 2019. There were few references to Social Security, Medicare (other than “Medicare-for-All”), Unemployment Insurance, Workers’ Compensation, or caregiving issues pre-dating the pandemic.

While it remains to be seen how much progress will be possible in 2021 and 2022, there are a number of policy priorities where the Academy will be contributing. In 2017, the Academy issued its Report to the New Leadership and the American People on Social Insurance and Inequality, which highlighted key social insurance issues, challenges, and policy options. This report has served as an overall framework for our policy activities over the past four years. Four years later, many issues and challenges remain largely the same as outlined in our 2017 Report. 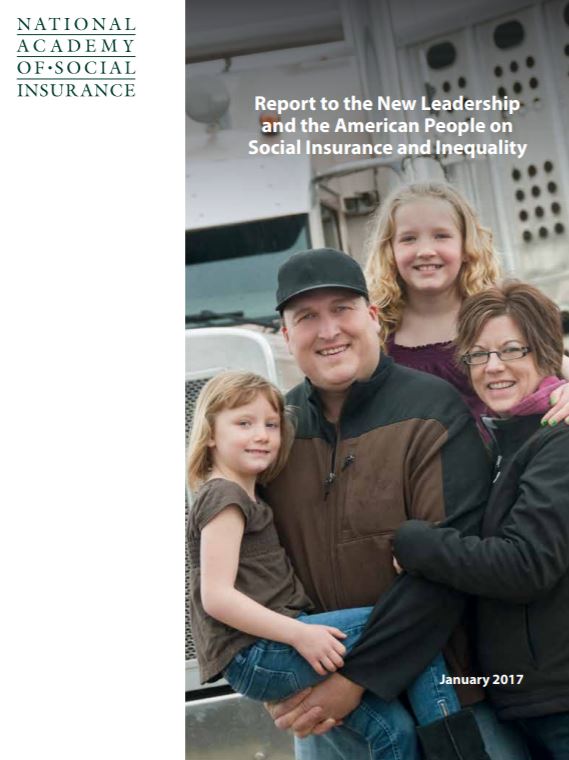 Going forward, our focus will be on various dimensions of economic security, the impacts of the pandemic on the overall well-being of the nation’s population, and social justice for communities of color and low-income segments of our population. The final report of our Economic Security Study Panel will be issued early next year and will be featured at our (virtual) annual policy conference, March 2-4, 2021. In 2021, the Academy will also issue reports based on the work of three Task Forces:

The Academy continues to address critical issues in other areas of social insurance, including Workers’ Compensation (check out the new annual report of our Data Panel on Workers’ Compensation and brief on state disparities in coverage and benefits) and caregiving (state-level forums on Universal Family Care).

Other questions to consider

We invite Academy Members to submit articles addressing one or more of the questions below for posting to the Academy’s website and for broader circulation:

As always, we welcome your suggestions for other questions and issues to address. You can reach me at warnone@nasi.org.