Social Security at 85: Trump’s executive order and the program’s future

When there is extra media focus on a moment like this, history helps illuminate the path forward for sound policymaking. For example: Why did Social Security’s creators select 65 as the age of eligibility for benefits? The answers might surprise you and provide relevant insights into the politics of social insurance policy.

On the website of the Social Security Administration, historian and Academy Member Larry DeWitt explains how it is a myth that German Chancellor Otto Von Bismarck was the inspiration for selecting this age. In fact, while Bismarck did institute the first old-age social insurance program in the world in 1889, he set the defining age for receiving a benefit at 70. It was not until 27 years later, in 1916, that the age was lowered to 65.

The key role of Insuring the Essentials, by Barbara Nachtrieb Armstrong

In researching the design for Social Security, the staff of President Franklin D. Roosevelt’s Committee on Economic Security conducted a comprehensive study of other nations’ social insurance programs. One of the key sources of background data was Barbara Nachtrieb Armstrong’s book, Insuring The Essentials (The Macmillan Company, 1932).1 Armstrong was a key member of the Committee’s staff along with J. Douglas Brown, author of An American Philosophy of Social Security (Princeton University Press, 1972).

The first woman to serve as a professor at a law school of a major university (University of California, Berkeley), Armstrong explains in her groundbreaking book: “The transplanting of the workmen’s compensation principle from Europe to America, and the gradual enactment by our states of compensation laws, has necessarily acquainted the American public with one branch of social insurance.” She added: “Social insurance is just making its way into the vocabulary of the general American public.”

Armstrong wrote: “For many years the problems of economic security has cried out for attention in the United States.” She described the “support of persons who cannot maintain themselves as an unquestioned social obligation.” She also wrote: “The backwardness of the United States has been especially marked.”

The overriding goal was, according to Armstrong, “the prevention of economic dependence.” Armstrong identified this as a necessary alternative to “relief” or “public charity,” which have “a disastrous effect on the self-esteem of the recipient.” She connected the dots, with a “minimum wage which legislates a standard below which no wage is permitted to fall, and… social insurance which keeps this standard intact when no wage can be earned.”

Armstrong’s research and analysis identified Australia as selecting age 65 for its old-age pension system, which was introduced in 1910. In Australia, however, “need, both on the basis of income and the failure of support from members of the family” had to be established. She also documented how Great Britain lowered its contributory old age insurance program eligibility age from 70 to 65 in 1925, due to “the pressure of public opinion.”

Looking at the United States, Armstrong cited a study by the Pennsylvania Commission on Old Age Pensions in 1918 using house-to-house surveys to document the inability of people to work (“the state of their earning power”) at various ages. “Adequate provision for old age by thrifty saving has become a practical impossibility,” she concluded, citing other studies by the Massachusetts Commission on Pensions in 1925, the New York Commission on Old Age Security in 1931, and the Ohio Health and Old Age Insurance Commission.

Armstrong pointed out: “In no part of the United States does the older person with insufficient personal income enjoy the dignified independence which the security arrangements grant in more civilized portions of the world.”

In exploring the issue of the age at which social insurance programs might provide benefits, she wrote: “Individuals differ so greatly as to the time of life at which physiological old age begins to manifest itself that it is necessary to select arbitrarily an age period to be designated as old age.” She found that age 65 was “customary” as marking the “beginning of old age,” especially in “industrial pension schemes,” as well as teachers pension systems, and by law in more than thirty foreign countries.

Recommendations from the Committee on Economic Security (CES)2

Echoing Barbara Armstrong’s analysis, the Report of the Committee on Economic Security stated: “Social insurance is an institution designed to prevent destitution and dependency…The quality of self-respect which perhaps more than any other helps to build and maintain a sturdy community has an important dollar and cent value to society.” The report added that the proposed program represented “at least a suitable foundation on which to build.”

Social Security’s architects were aware of racial disparities in economic security at the time of its inception. The CES Report also pointed out that, based on a 1934 study of the population of the District of Columbia, the rate of dependency of Blacks at age 65 on relatives and friends was as high as 67.5%, while that for whites was only 33%.

The CES Staff Report singled out the recently enacted federal Railroad Retirement Act, which had established “contributory old age annuities” for employees of railroads who were age 65 or older. Of the 30 state old age pension systems then in operation, half used 65 as the retirement age and half used 70. The staff recommended a new national compulsory social insurance program for persons 65 years of age and older beginning January 1, 1940.

The CES Staff Report, issued in January 1935, noted that there were more than 6.5 million people 65 years of age and over in the U.S. at that time, constituting 5.4% of the population. It also projected a sharp increase in the ratio of the aged to the population as a whole over a period of fifty years.

Debates, compromises, and marketing
Bob Myers was an actuary serving on the staff responsible for estimating the cost of the proposed new Social Security program, and he went on to help establish the National Academy of Social Insurance in 1986. Myers recounted to many, including current Members of the Academy, the debate between two age camps. One camp favored age 60, in view of the millions of older Americans who were suffering from the devastating impact of the Great Depression and populist campaigns led by California’s Dr. Francis Townsend and Louisiana’s Huey Long that focused on age 60. The staff report acknowledged that “the old age security movement in the United States is merely in its initial stage and…it will expand considerably.” The other camp favored age 70 to keep the initial costs of the new program low.

According to Myers, a political compromise was reached at age 65, even though his initial actuarial calculations suggested age 67. In his 1992 memoir, Within the System, My Half Century in Social Security, Myers wrote: “Why is it 65? Why not?…Age 65 was picked because 60 was too young and 70 was too old. So we split the difference.” Historian and Academy Member Edward Berkowitz has also described the compromise as “somewhat arbitrary.”

There is, however, an intriguing anecdote that Bob Myers revealed to one Academy Member, John Fibiger. According to Fibiger, also an actuary, Myers recounted a one-on-one meeting with President Roosevelt. FDR told Myers: “Young man, I don’t care how you do it, but my Social Security program’s age must end in either a zero or a five, and don’t ask me why.”

There is some speculation that FDR, who had an insurance company as a client of his law practice in New York, knew of the insurance industry’s fascination with these two digits in its marketing campaigns. The consummate salesman, FDR was already thinking about the most effective way to sell Social Security to the American people. The CES staff thus had only three choices: ages 60, 65, and 70. The mid-point prevailed.

Assuming both accounts are accurate, one might say that this approach to developing retirement income security policy – a mix of careful research and analysis, political compromise, and a dash of arbitrary preferences – does not always yield the optimal outcome. Perhaps this makes course corrections inevitable.

This is a moment to celebrate the endurance and the success of the Social Security Act and its evolution over time. It is also a good time to remember that changes to our nation’s most effective social programs require thoughtful evidence-based research and analysis, rather than arbitrary impulses that might undermine the economic security of millions of Americans.

If you haven’t done so yet, please consider supporting the Academy’s work – especially our 2020 Ball Award: Campaign for Social Insurance, which supports our public education efforts, as well as related research and policy analyses. Learn more about purchasing a sponsorship or ticket. We are also grateful for gifts of any amount. Thank you!

2 The Academy’s Founding Board Chair, Bob Ball, had a personal signed copy, which is now part of the Academy’s Myers Library Collection.

3 Before the Social Security Act of 1935, states began passing Workers’ Compensation laws in the earlier part of the 20th century. Frances Perkins, another architect of the Social Security Act who served as FDR’s Secretary of Labor from 1933-1945, witnessed the tragic Triangle Shirtwaist Factory fire in Manhattan in 1911. The fire shaped Perkins’s views and greatly accelerated the passage of workers’ compensation and workplace safety laws across the country. 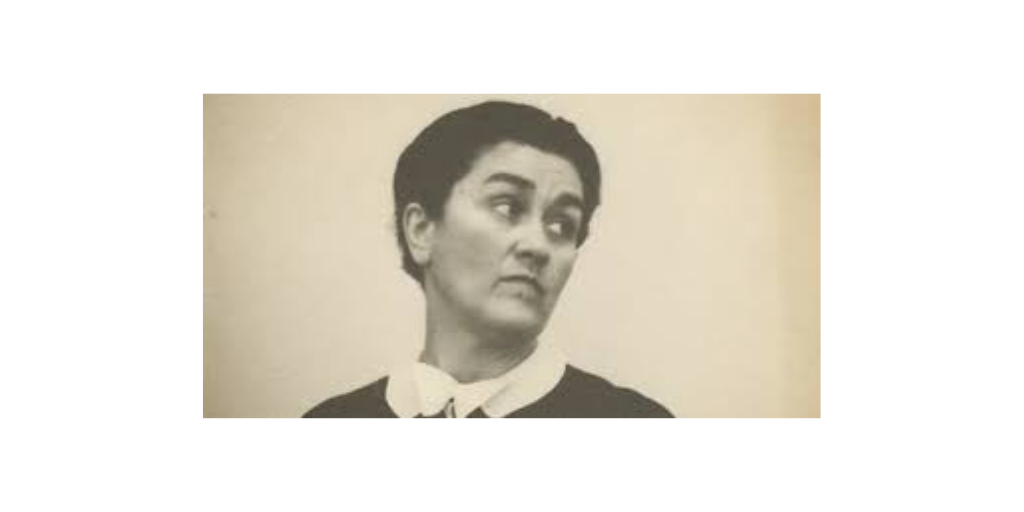