President Obama’s final Budget, released last week, included proposals for reforms to the federal-state unemployment insurance (UI) system. These budget proposals in part elaborate on remarks in his final State of the Union last month concerning supports for the U.S. workforce. The speech hinted at greater access to training programs by UI claimants and a full-scale wage-insurance program. The Administration’s Budget offers detailed proposals based on those remarks in addition to other UI-related improvements.

The Budget’s UI proposals have several components including: expansions of UI eligibility, modifications to UI benefits and financing, changes to reemployment programs targeted at UI claimants, and the creation of a new system of wage insurance. Several of these ideas were discussed at the Academy’s recent UI roundtable, which focused on improvements to the UI system’s reemployment efforts.

In this post, we describe the Administration’s recent UI proposals and provide short explanations of the context in which they arise.

Expansions of UI eligibility
For years, a serious problem in UI policy has been the large number of unemployed workers who are ineligible for benefits because of requirements that disfavor nonstandard workers. Although part-time jobs and contingent work that offer low wages make up a large part of the available jobs in the current economy, the UI systems in many states exclude workers in these situations from receiving benefits, even though UI taxes are paid on their wages. The Administration’s proposals seek to improve eligibility for nonstandard workers through a multi-pronged approach.

First, the federal government would require states to better provide for nonstandard workers such as those who work part-time or those who work intermittently for low wages. This would be achieved by requiring states to make benefits available to workers who are seeking part-time work, and by requiring the use of an alternative base period that better accounts for low-wage contingent work.

Second, the Budget establishes incentives for states to broaden eligibility to other non-traditional workers. It does this by establishing an incentive fund to be paid to states that make qualifying changes, such as improving eligibility for temporary workers and paying benefits to workers who are seeking training.

Third, the Budget requests new funds to help reduce the prevalence of worker misclassification.[1] Many misclassified workers have tenuous attachments to the labor force and are in nonstandard employment arrangements. When employees are misclassified as independent contractors, these workers miss out on critical social insurance employment benefits such as Social Security employer contributions and UI and Workers Compensation eligibility.

Modifications to UI benefits and financing
The Administration proposes several modifications to benefit and financing provisions. The Budget proposals respond to the recent phenomenon of states shortening their maximum benefit weeks from the traditional 26 and the long-term practice of states’ restricting benefits for workers who quit for certain family reasons. The federal government would now require all states to provide at least 26 weeks of benefits and prohibit states from disqualifying workers if they quit their jobs for certain family reasons. In addition, the Administration would modify the automatically triggered permanent Extended Benefits (EB) program. Instead of relying on congressionally authorized emergency benefits, this new system establishes improved triggers for extended benefits, increases the number of weeks of benefits in states with high unemployment, and authorizes General Fund transfers when the extended unemployment compensation account has insufficient funds.

The Administration also proposes to restore the effective Federal Unemployment Tax (FUTA) from 0.6% to 0.8% (after credit reductions). This increase would be accomplished by restoring a FUTA surtax of 0.2% that was in effect from 1976 until it expired in 2011.[2] In addition, the Budget would increase the FUTA taxable wage base from $7,000 to $40,000 and index the wage base. In order to offset the burden of this tax base increase in the short term, the Budget reduces the effective FUTA tax rate.

Finally, the Budget would strengthen incentives for states to maintain adequate UI reserves. This would be achieved by effectively raising the tax rate for states whose UI trust funds are below a certain solvency threshold.[3]

Expansion of reemployment strategies
The Administration proposes three ways to improve workers’ attachment to the labor force through the UI system. First, the Administration builds on provisions included in the Middle Class Tax Relief and Job Creation Act of 2012 by proposing to expand work-sharing, or Short-Time Compensation (SCT), by offering incentives for states that operate the program. The incentives would be full federal payment of STC benefits for two years; implementation grants for states to put new systems into place; and 50-50 cost sharing of STC payments during periods of EB triggers thereafter. Work-sharing allows employers facing economic downturns to retain employees who, in the absence of the program, would be laid off.

Second, the Budget proposes incentives for states to allow workers to seek work-based training while receiving UI. In all states, UI recipients are required to actively search for work as a condition of receiving benefits, but some states do not allow recipients to seek work-based training as a fulfillment of this requirement. By providing incentives to states, the Budget would expand the practice of allowing workers to pursue work-based training while receiving UI benefits. The intention is to allow unemployed workers to shift to growing industries and develop career pathways that could be beneficial to both the individual worker and to the economy as a whole.

Finally, the Budget provides additional funds for reemployment services targeted directly at the laid-off workers who are most in need. The targeted workers would be the long-term unemployed, discouraged workers, and those involuntarily working part time instead of full time.  Reemployment services would also be targeted to former members of the military who are receiving unemployment benefits.

Wage insurance
The most innovative UI proposal in the President’s Budget is to set up a system of wage insurance for workers who are forced by economic necessity to take a lower-paying job after being laid off. Wage insurance has been proposed by economists and policy analysts for years, but its inclusion in the President’s budget represents a high water mark for this policy approach. Under the proposal, certain workers who are laid off and who quickly find another job that pays less would be eligible for limited wage-replacement benefits and thereby face an additional incentive to finding work. Through this program, the government would pay half of the lost wages (the difference between earnings at the new job and earnings at the old job) for two years, up to a maximum of $10,000. To better target low- and middle-income workers, the system would cap the salary of the new job at $50,000, over which workers would be ineligible for this partial wage replacement.

Conclusion
These proposals offer a promising starting point for broader discussions about the future of unemployment insurance and reemployment services. The Academy looks forward to evaluating these proposals and identifying many more in its work on UI in the years to come.

[1] These funds were requested in previous budgets, but were never included in appropriations language.

[3] Technically, it would reduce the FUTA credit for employers in states whose Average High Cost Multiple is below 0.5. 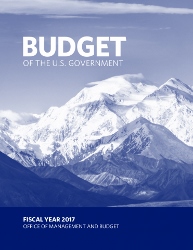