What You Need to Know About Social Security’s 2014 COLA

The Social Security Administration announced today that beneficiaries will see a 1.5% cost-of-living adjustment (COLA) beginning in their January 2014 checks. Benefits are automatically adjusted to keep up with the cost of living.

For more information on the CPI data and the COLA calculation, see information provided by the Bureau of Labor Statistics and the Social Security Administration.

The oldest Americans would experience the biggest changes, whether in seeing benefits cut by the chained CPI or increased by the CPI-E. Because Social Security becomes increasingly important at advanced ages as income declines from other sources (such as pensions and savings), even minor erosion of the purchasing power of benefits is a public policy concern.

President Obama and some members of Congress have suggested switching to the chained CPI for the entire federal budget, including Social Security. This would reduce benefits from programs like Social Security while increasing revenues through the tax code. A second NASI fact sheet, How Would Shifting to a Chained CPI Affect the Federal Budget?, finds that over the next decade, nearly two-thirds of the total impact would come from cuts in Social Security, veterans’ benefits, federal pensions and Supplemental Security Income, while one third would come from increased general revenues.

When Americans are asked about the Social Security policy changes they want to see, most say they prefer to increase, rather than reduce, the COLA. NASI’s recent public opinion study, Strengthening Social Security: What Do Americans Want?, found that 64% of Americans favored increasing the COLA by using the CPI-E to calculate it. A NASI blog post further explores public opinions on the COLA. 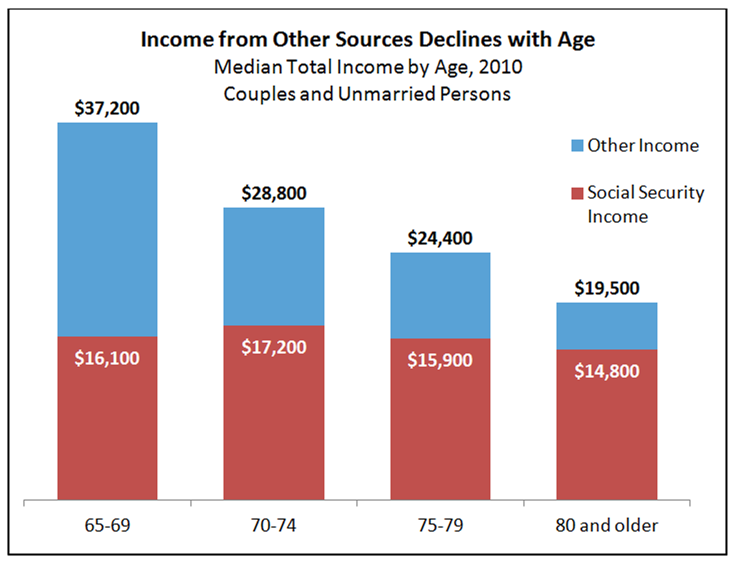