Listening to Hillary Clinton’s acceptance speech at the Democratic National Convention, I was struck not only by her mention of Social Security, but also by her emphasis on expanding the program. Since its beginning in 1935, Social Security has provided a critical foundation of protection for Americans and their families. Bridging gaps in coverage and preserving benefits are necessary steps to enhancing the lives of generations to come. A little digging uncovered that Secretary Clinton is one of many candidates from both major political parties who have recognized the importance of Social Security to the American electorate in her (or his) nomination remarks. Here’s a look at what’s been said about Social Security in this context throughout the years.

"If you believe we should expand Social Security and protect a woman's right to make her own health care decisions, then join us!"

"And we will keep the promise of Social Security by taking the responsible steps to strengthen it, not by turning it over to Wall Street."

"We believe in the family value expressed in one of the oldest Commandments: "Honor thy father and thy mother." As President, I will not privatize Social Security. I will not cut benefits."

"In an ownership society, more people will own their health care plans and have the confidence of owning a piece of their retirement. We'll always keep the promise of Social Security for our older workers. With the huge baby boom generation approaching retirement, many of our children and grandchildren understandably worry whether Social Security will be there when they need it. We must strengthen Social Security by allowing younger workers to save some of their taxes in a personal account, a nest egg you can call your own and Government can never take away."

"America has a strong economy and a surplus. We have the public resources and the public will, even the bipartisan opportunities, to strengthen Social Security and repair Medicare. But this administration, during eight years of increasing need, did nothing. We know the test of leadership. The issues are joined. We will strengthen Social Security and Medicare for the greatest generation and for generations to come. Medicare does more than meet the needs of our elderly; it reflects the values of our society. We will set it on firm financial ground and make prescription drugs available and affordable for every senior who needs them. Social Security has been called the third rail of American politics, the one you're not supposed to touch because it might shock you. But if you don't touch it, you cannot fix it. And I intend to fix it. To the seniors in this country, you earned your benefits, you made your plans, and President George W. Bush will keep the promise of Social Security. No changes, no reductions, no way. Our opponents will say otherwise. This is their last parting ploy, and don't believe a word of it. Now is the time—now is the time for Republicans and Democrats to end the politics of fear and save Social Security together."

"I met Jacqueline Johnson in St. Louis, Missouri. She worked for 35 years as a medical assistant, caring for others. Now she's 72 years old and needs prescription medicines to care for herself. She spends over half of her Social Security check—her only source of income—on her pills.

At a time when most Americans will live to know even their great grandchildren, we will save and strengthen Social Security and Medicare, not only for this generation but for generations to come.

We will balance the budget every year and dedicate the budget surplus first to saving Social Security.

In the next four years, we will pay off all the national debt this nation accumulated in our first 200 years. This will put us on the path to completely eliminating the debt by 2012, keeping America prosperous far into the future. [applause]

But there's…[applause] There's something else at stake in this election that's even more important than economic progress. Simply put, it's our values. It's our responsibility to our loved ones, to our families.

And to me, family values means honoring our fathers and mothers, teaching our children well, caring for the sick, respecting one another, giving people the power to achieve what they want for their families, putting both Social Security and Medicare in an iron-clad lockbox where the politicians can't touch them. To me, that kind of common sense is a family value. [applause]

"And I have learned in my own life, from my own experience that not every man, woman or child can make it on their own. And that in time of need, the bridge between failure and success can be the government itself. And given all that I have experienced, I shall always remember those in need. That is why I helped to save Social Security in 1983 and that is why I will be, I will be the president who preserves and strengthens and protects Medicare for America's senior citizens.

It means you will have a president who will expand individual retirement accounts, repeal President Clinton's Social Security tax increase, provide estate tax relief, reduce government regulations, reform our civil justice system, provide educational opportunity scholarships and a host of other proposals that will create more opportunity for all Americans and all across America."

“I have asked Congress to put a lid on mandatory spending, except Social Security. I've proposed doing away with over 200 programs and 4,000 wasteful projects and to freeze all other spending.”

“There are millions of Americans who were brutalized by inflation. We arrested it, and we’re not going to let it out on furlough. And we’re going to keep that Social Security trust fund sound and out of reach of the big spenders. To America’s elderly, I say, “Once again, you have the security that is your right, and I’m not going to let them take it away from you.”

“[One last word to those who voted for Mr. Reagan.] You did not vote to savage Social Security and Medicare.”

“Some who spoke so loudly in San Francisco of fairness were among those who brought about the biggest single, individual tax increase in our history in 1977, calling for a series of increases in the Social Security payroll tax and in the amount of pay subject to that tax. The bill they passed called for two additional increases between now and 1990, increases that bear down hardest on those at the lower income levels. The Census Bureau confirms that, because of the tax laws we inherited, the number of households at or below the poverty level paying Federal income tax more than doubled between 1980 and 1982. Well, they received some relief in 1983, when our across-the-board tax cut was fully in place. And they’ll get more help when indexing goes into effect this January.

In the Senate, [Mondale] voted time and again for new taxes, including a 10-percent income tax surcharge, higher taxes on certain consumer items. He also voted against cutting the excise tax on automobiles. And he was part and parcel of that biggest single, individual tax increase in history—the Social Security payroll tax of 1977. It tripled the maximum tax and still didn’t make the system solvent.”

“We also believe it is essential that the integrity of all aspects of Social Security are preserved.”

“But what have the Republicans proposed?—just an attack on everything that we've done in the achievement of social justice and decency that we've won in the last 50 years, ever since Franklin Delano Roosevelt's first term. They would make Social Security voluntary. They would reverse our progress on the minimum wage, full employment laws, safety in the work place, and a healthy environment.”

“Our leaders have fought for every piece of progressive legislation, from RFD and REA to Social Security and civil rights. In times of need, the Democrats were there.”

“We will ensure the integrity of the social security system and improve Medicare so that our older citizens can enjoy the health and the happiness that they have earned.”

“For more than 30 years, from Social Security to the war against poverty, we have diligently worked to enlarge the freedom of man. And as a result, Americans tonight are freer to live as they want to live, to pursue their ambitions, to meet their desires, to raise their families than at any time in all of our glorious history.”

….Time and again I have recommended improvements in the Social Security law, including extending protection to those not now covered, and increasing the amount of benefits, to reduce the eligibility age of women from 65 to 60 years. Congress studied the matter for 2 years, but couldn't find the time to extend or increase the benefits. But they did find time to take Social Security benefits away from 750,000 people, and they passed that over my veto.”

“There have been occasions, as we remember, when reactions in the march of democracy have set in, and forward-looking progress has seemed to stop.

But such periods have been followed by liberal and progressive times which have enabled the nation to catch up with new developments in fulfilling new human needs. Such a time has been the past seven years. Because we had seemed to lag in previous years, we have had to develop, speedily and efficiently, the answers to aspirations which had come from every State and every family in the land.

Some of us have labeled it a wider and more equitable distribution of wealth in our land. It has included among its aims, to liberalize and broaden the control of vast industries—lodged today in the hands of a relatively small group of individuals of very great financial power.

But all of these definitions and labels are essentially the expression of one consistent thought. They represent a constantly growing sense of human decency, human decency throughout our nation.

This sense of human decency is happily confined to no group or class. You find it in the humblest home. You find it among those who toil, and among the shopkeepers and the farmers of the nation. You find it, to a growing degree, even among those who are listed in that top group which has so much control over the industrial and financial structure of the nation. Therefore, this urge of humanity can by no means be labeled a war of class against class. It is rather a war against poverty and suffering and ill-health and insecurity, a war in which all classes are joining in the interest of a sound and enduring democracy." 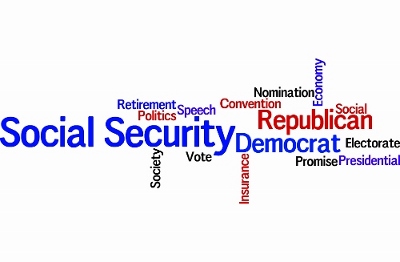