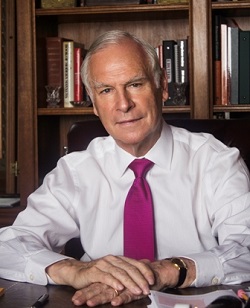 Peter Georgescu is the author of Capitalists Arise!: End Economic Inequality, Grow the Middle Class, Heal the Nation (Forthcoming, May 2017) and The Constant Choice – An Everyday Journey From Evil Toward Good (Greenleaf Book Group Press, 2013). He is Chairman Emeritus of Young & Rubicam Inc., a network of preeminent commercial communications companies dedicated to helping clients build their businesses through the power of brands.  He served as the company’s Chairman and CEO from 1994 until January 2000.

Under Mr. Georgescu’s leadership, Young & Rubicam successfully transformed from a private to a publicly-held company.  During his tenure, Young & Rubicam built the most extensive database on global branding and, from its findings, developed a proprietary model for diagnosing and managing brands.  Within the marketing community, he is known as a leading proponent of creating unified communications programs, agency accountability for measuring the impact of communications programs, and structuring value-based agency compensation.  In recognition of his contributions to the marketing and advertising industry, Mr. Georgescu was elected to the Advertising Hall of Fame in 2001.

Mr. Georgescu’s belief in the power of education has fueled his involvement with organizations such as A Better Chance and Polytechnic University, both of which he has served as a member of their Boards of Directors.  The University of Alabama and Cornell College in Iowa have awarded Mr. Georgescu honorary doctorate degrees.  Mr. Georgescu is also the recipient of the Ellis Island Medal of Honor.  In 2014, he was honored with the Spirit of the City award by the Cathedral of Saint John the Divine.

Mr. Georgescu has served on the Boards of Levis Strauss, Toys R Us, EMI Recorded Music, International Flavors & Fragrances, Briggs & Stratton and Geeknet.   He is currently Vice Chairman of New York Presbyterian Hospital, a Trustee of the Paul & Daisy Soros New American Fellowship Program and is a member of the Council on Foreign Relations.

In 2006 Mr. Georgescu published his first book “The Source of Success” — asserting that personal values and creativity are the leading drivers of business success in the 21st Century.  His second book, “The Constant Choice – an Everyday Journey from Evil Toward Good” was published in January 2013. 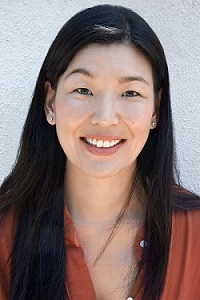 Ai-jen is a 2014 MacArthur Foundation fellow, a 2013 World Economic Forum Young Global Leader, and was named to TIME’s list of the 100 Most Influential People in the World in 2012. She was also named in Newsweek’s 150 Fearless Women list that same year. In 2011, she received Independent Sector’s American Express NGen Leadership Award. Her most recent accolades include recognition on Fortune.com’s World’s 50 Greatest Leaders and the NonProfit Times Power & Influence Top 50 lists in 2015. Her work has been featured in many publications, including Marie Claire, The New York Times, Washington Post, TIME, Jezebel, and CNN.com. She serves on the Board of Directors of Momsrising, National Jobs with Justice and Working America. She is author of The Age of Dignity: Preparing for the Elder Boom in a Changing America. You can follow her on Twitter at @aijenpoo.