A Response to Larry Kotlikoff

Home/Discussions  / A Response To Larry Kotlikoff

Larry Kotlikoff advocates replacing the current defined-benefit [Fixing Social Security, May 20, 2014], mostly-pay-as-you-go Social Security system with a system of funded individual accounts financed by mandatory contributions. This general approach was first adopted by Chile almost 35 years ago, and soon became popular among that set of economists most enamored with the universal superiority of markets as a mechanism for allocating resources. In the latter half of the 1990s, the approach was promoted internationally by the World Bank.

Kotlikoff’s particular wrinkle is to urge that all of the assets accumulated in these accounts be invested in a giant, global, indexed fund, managed by the government. That particular feature distinguishes Kotlikoff from other supporters of funded individual accounts; the others generally have not trusted governments to manage the funds and, instead, favored forcing workers to choose among private pension managers. Kotlikoff’s plan now also features an explicit strategy for converting individual account balances into lifetime annuities at the time of retirement, a feature the World Bank neglected to address in its initial enthusiasm for the individual account approach.

Although much can be said about the desirability (or not) of particular details of Kotlikoff’s plan, I believe that the two most important questions one should ask are: (1) would we want to go there? and (2) if we did, is there any chance we could get there from here? My answer to both questions is no.

Our current Social Security program offers workers a benefit defined in terms of wage levels prevailing at the time of their retirement. Individual benefit amounts are based on the worker’s pre-retirement average earnings adjusted by various socially motivated provisions. (Kotlikoff disapproves of some of these social adjustments.) In contrast, a system of funded accounts offers workers a retirement income determined entirely by the pattern of capital market returns over the individual’s working life. (Kotlikoff would also adjust individual retirement incomes upward or downward by taxing everyone to finance those socially motivated additions that he does approve of.) The major difference between the two approaches is that one sets pensions with reference to wage levels prevailing at retirement whereas the other establishes retirement incomes based on capital market returns over the course of the working life.

To cut to the chase: Kotlikoff wants retirement incomes determined exclusively by capital markets while I favor having them determined partially by capital markets and partially by wage developments (labor markets). The U.S. retirement system is currently a mixture of the wage-based Social Security program and capital-based individual retirement accounts financed by workers alone or by workers and employers jointly. By converting the former into a system resembling the latter, Kotlikoff would force everybody to put all of their retirement income eggs into the capital market basket.  One could debate whether, at the margin, the relative weights of the wage-based and capital-based approaches should be altered, but I can’t believe that forcing everybody to rely totally on the capital-based approach to the exclusion of a wage-related approach increases social welfare. Even the Chileans have recently added a defined-benefit element to their retirement system, having concluded that a mixture of defined benefit and defined contribution was superior to exclusive reliance on individual defined-contribution accounts.

Even among those who prefer funded individual accounts to our current Social Security approach, most realize that the immediate public-sector costs of a transition make such a change highly unlikely, even if the adjustment is rather modest and is phased in over a long period of time. Indeed, a significant portion of the international reforms sponsored by the World Bank just before and after the turn of this century have since unraveled, largely because the countries found the transition costs to be larger than they cared to bear. Given our Congress’s current attitudes about fiscal policies, I doubt they would find such costs any more acceptable.

Two of the biggest problems with our current retirement income system are that workers (and/or their employers) are not contributing enough to their defined- contribution accounts and that investment returns in these accounts under-perform broad market averages due to high administrative charges and poor individual investment decisions. Kotlikoff might be of more use to future retirees by concentrating his attention on reforming the current defined-contribution accounts rather than trying to destroy the current wage-based pension program.

Larry Thompson is a founding Board member of the Academy and has been a consultant on Social Security and the administration of pension systems for the World Bank, the Asian Development Bank, and the International Labor Office. He has served as Assistant Comptroller General of the United States and Acting Commissioner of the U.S. Social Security Administration. 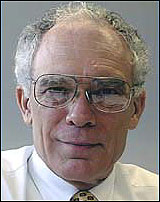