A Social Policy Call to Arms at NASI’s Conference

Home/Discussions  / A Social Policy Call To Arms At Nasis Conference

As a co-chair of this year’s Academy policy research conference, I was gratified by the excellent turnout, the fascinating presentations, and the thoughtful discussions. I was most inspired, however, by three speakers, who, through their very different personal styles, issued a social- policy call to arms.

Peter Edelman reminded of us of the hopes for the War on Poverty and of the many ways in which American poverty policy has failed. Once, most poor children received cash assistance while now most do not; for 6 million people food stamps constitute the only income; low-wage jobs with no benefits can mean terrible hardship for those trying to leave assistance for work.  Social insurance is not the appropriate tool for everything, he reminded us; there will always be needs more appropriately met by social assistance, and so we can’t let the latter wither completely. His presence and sheer moral authority on these issues was a goad to us all.

Bruce Bartlett, a renegade author and speaker who worked for Jack Kemp and for the Reagan and Bush I administrations, issued a rousing call for new sources of federal revenue to shore up Social Security and Medicare and to make infrastructure and human capital investments to increase economic growth. He made a strong defense of social insurance and urged progressives to put aside their automatic suspicions and hostility toward a value added tax (VAT). He advocated tax reform along the lines of Columbia Law School Professor Michael Graetz’s proposal:  rather than try to fight every (exceedingly popular) tax break on the books, sidestep them all by eliminating the income tax for the bottom 90 percent of earners with a $100,000 deductible while replacing the revenue with a VAT and retaining the income tax for the top 10 percent. It’s an intriguing idea: keep the income tax for the top 10 percent, where the money is, while switching to a VAT, which has fewer compliance problems than an income tax, for the rest. Of course one would need to see analyses by income group to ensure that the net effect of the changes in the tax system and social spending was not regressive. But it was refreshing to hear out-of-the-box thinking as well as a defense of government functions rather than the tired calls for spending cuts we’ve heard repeatedly in recent years.

Finally, Ruth Milkman shared her fascinating research on the success of California’s paid family leave policy. Business groups argue that paid leave at the federal level would be debilitating, but paid leave in California, funded by an employee payroll tax, has been a “non-event” for business.  In fact, letting workers take six weeks off for bonding with a new child or caring for a relative has improved productivity, profitability, and morale. Paid leave meant workers were better able to care for their family members and more satisfied with their length of leave. The availability of paid leave resulted in increased breastfeeding by new mothers and reduced employee turnover, saving money for employers. We can only hope that these positive results spur the movement for paid leave, which has now spread to New Jersey and Rhode Island.

In all, these talks underscored the need for enhanced social protections of every kind, from social assistance to social insurance. They also showed that new revenue sources are a real possibility.  Hopefully the ideas shared at the conference can go some way in shifting the conversation in Washington from spending cuts to creative ideas for providing needed social protections. 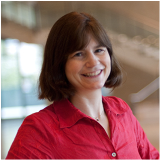