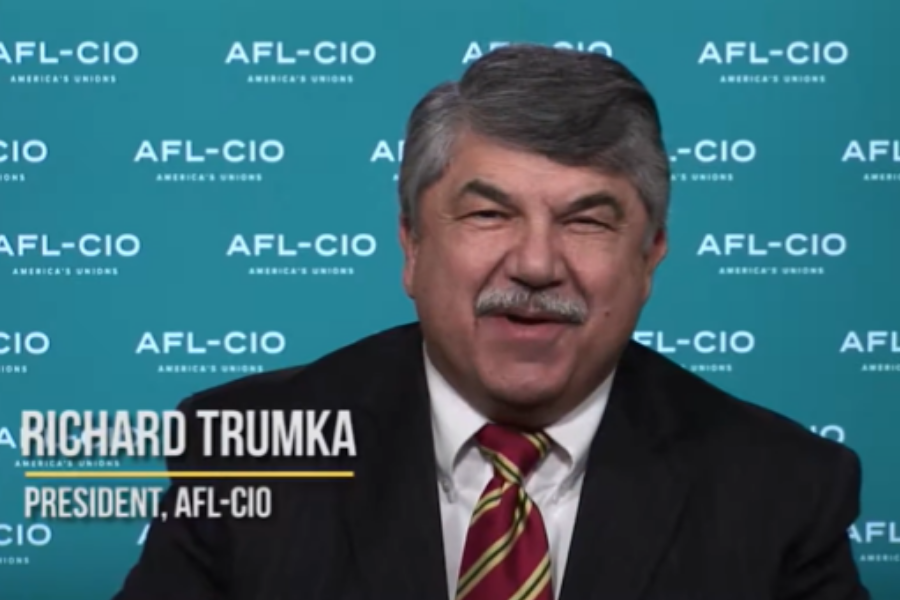 Academy Member Richard Trumka, President of the AFL-CIO, passed away this week.

When elected as Secretary-Treasurer of the AFL-CIO in 1995, he was President of the United Mine Workers of America. He became AFL-CIO President in 2009.

Richard Trumka was a member of President Clinton’s Bipartisan Commission on Entitlement and Tax Reform. He served as Chairman of the Economic Policy Institute’s Board of Directors and on the executive boards of the American Arbitration Association, the AFL-CIO Housing Investment Trust, and the Alliance for Retired Americans.

A Member of the National Academy of Social Insurance since 1998, Richard Trumka co-chaired the 2016 Robert M. Ball Award Event Committee honoring William Spriggs, the AFL-CIO’s Chief Economist. In his remarks at the event, Trumka praised Bill Spriggs for “his passion, his courage, and his convincing scholarship,” especially in defending Social Security and Medicare. (Watch Trumka’s remarks.)

In 2014, Trumka wrote in response to the issuance of that year’s Social Security and Medicare Trustees Reports – “strengthening Social Security for the future must include improvements in benefits.” He added: “Social Security remains the sole retirement income plan that is broadly available and that Americans can count on to provide secure lifetime benefits.”

Shaun O’Brien, who serves on the Academy’s Board of Directors and was formerly Assistant Policy Director for Health & Retirement at the AFL-CIO, said: “Perhaps as only a coal miner could, Rich Trumka had a deeply felt understanding of the ‘hazards and vicissitudes of life’ that working people face. That, in turn, made him an incomparable fighter for Social Security, Medicare, and other social insurance programs.”