Personal post-retirement risk and the future of Social Security

The following are comments by Anna Rappaport from the Academy’s forum on the Future of Social Security, held on September 5, 2018, in Chicago, Illinois. Anna served as a discussant for a presentation by Henry Aaron on his proposed set of reforms to assure the long-term financial balance of Social Security.

I agree with Henry Aaron about the changes in the environment that lead to an increase in personal risk over time. And the level of personal post-retirement risk is increasing.

The SOA risk research includes a series of 9 bi-annual public surveys and several sets of focus groups and in-depth interviews, as well as an analysis of the resources of retirement age middle Americans. The SOA learned:

I have observed, as Henry has, the shift away from defined benefit (DB) plans and to defined contribution (DC) plans. Unfortunately, many Americans have neither type of plan, and do not have any employer supported retirement savings. While Individual Retirement Accounts are universally available, relatively few Americans take the initiative to use them on their own without employer support.

Within DC plans, there are usually a variety of payout options available, but most of them do not strongly encourage lifetime income payouts. The Society of Actuaries, working jointly with the Stanford Center on Longevity, has sponsored several research projects looking at lifetime income in DC plans. Actuaries generally believe it is important to encourage such use of DC funds.

But for now, the reality is that relatively few DC participants are using their account balances to secure lifetime income. All of these reasons also serve to make Social Security important.

It is critical that the groups who work on Social Security reform look at the economic situation of individuals in retirement by economic status – and how important Social Security is to different groups. What I have told many colleagues over the years is that we should recognize that for a portion of the population, Social Security and public benefits are what they will have in retirement.

Henry mentioned increased longevity and also the increasing disparity in longevity. In spite of this, we have a system with ever-growing periods of benefit payment. I personally believe that one of the reasons for the decline in DB plans is that we failed to recognize how important is was to address this ever-growing period of benefit payments. This also applies to Social Security and it should be considered moving forward.

Henry mentioned the changes in the family that have taken place since the design of current spousal benefits. My personal view – held for many years – has been that there is significant inequity between single and dual earner families. There also remain significant differences in retirement security by gender, with women being less secure since they are often the longest lived, but they have had lower lifetime wages, are very likely to be alone in their final years, and they are more likely to need long-term care while they are less likely to have a family caregiver. I applaud discussion of spousal and caregiving issues, and hope that we can realistically focus on the range of family situations and what will best fit a wide variety of needs. 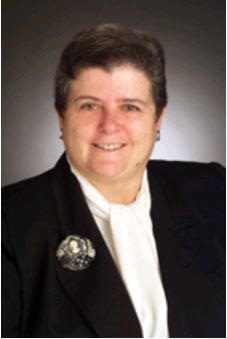