As a result of this November’s midterm elections, key leadership in the U.S. House of Representatives will shift from Republican to Democratic control. This transition may augur a potential for different approaches to legislation aimed at strengthening the nation’s social insurance infrastructure. Newly elected officials might consider policy options to address economic insecurity and mitigate economic inequality, as well as uninsured risks and other major gaps generated by the changing nature of work.

The change in control will mean new leadership for the House Committees and Subcommittees with jurisdiction over social insurance programs. New leaders may include (as of Nov. 14):

Over 25 winning candidates made Social Security and/or Medicare leading campaign issues. One of them is fellow Academy Member and former Secretary of Health and Human Services, Donna Shalala, who was elected to represent Florida’s 27th Congressional District. Please join me in congratulating her. Not surprisingly, Donna Shalala made health care and other social insurance policies signature campaign issues.

Social Insurance and the Electorate

Health care is at the top of the electorate’s mind. Andrew Van Dam of the Washington Post found:

“When Google provided us with search data for more than a hundred politics-related issues, there was one obvious pattern. In almost every county in almost every month for the past year, health care topped the charts. Medicare and Medicaid were perennially popular, as was mental health.”

According to the Commonwealth Fund: “About four in 10 Americans turning out to vote across the country chose health care as the most important problem facing the country. More than seven in 10 said the nation’s health care system needs major changes.”

“Senior voters are more evenly split on whether they trust Democrats or Republicans more on Medicare (45% vs. 41%). But Medicare, the health issue seniors care about most, has not been in play in these midterms, except for scattered Republican criticisms that Democrats’ “Medicare for All” plans will harm the Medicare program and seniors.”

Meanwhile, Medicaid ballot measures may yield major changes. Ballot measures to extend Medicaid coverage to all adults earning up to 138% of the federal poverty level succeeded in Idaho, Utah, and Nebraska. Medicaid expansion, as authorized by the Affordable Care Act, is expected to move forward in Maine, as the new governor will succeed an outgoing governor who failed to implement voter-approved expansion. With these results, 37 states including the District of Columbia, have now expanded Medicaid. Wisconsin and Kansas – two other states that have not adopted Medicaid expansion to date – may soon be more open to it, as candidates who favored adopting the Medicaid expansion won the gubernatorial election. These changes are significant because of Medicaid’s role in providing access to health care services and its ability to address the social determinants of health.

While the Academy is committed to promoting public understanding of the contribution social insurance programs make to economic security, it does not advocate for particular policy proposals. Instead, we provide a range of policy options, vetted by Academy Members who have expertise across the various areas of relevance to social insurance program design, to help inform decision-making by elected officials, legislative staff, and other government officials. Working with a range of partners and journalists, the Academy also helps to educate various communities and the general public about social insurance policy options.

As some may recall, the Academy issued a major report, Uncharted Waters: Paying Benefits from Individual Accounts in Federal Retirement Policy, during the last major push for Social Security changes in 2005, to help inform the policy debates. In furtherance of our mission – to advance solutions to challenges facing the nation by increasing public understanding of how social insurance contributes to economic security – we will be reaching out to key House Representatives and Senators to offer briefings on critical social insurance issues. We will continue to use the expert analysis of the challenges and opportunities facing the nation’s social insurance systems, as described in the Academy’s 2017 Report to the New Leadership and the American People on Social Insurance and Inequality. Critical social insurance issues include:

As always, please don’t hesitate to be in touch with any questions or suggestions. Contact me directly at warnone@nasi.org. 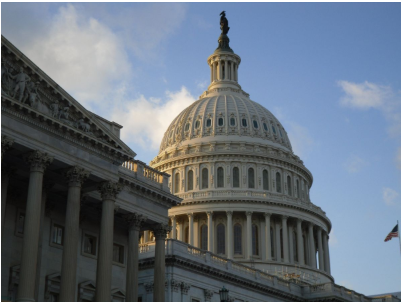