Tomorrow's announcement by the Social Security Administration about the cost-of-living adjustment (COLA) for Social Security benefits, effective January 2017, is likely to be met with questioning and concerns by many current beneficiaries, particularly in an election year and after no COLA was received in 2016. (That marked only the third year without a COLA in four decades.)

Social Security’s annual COLA is intended to protect the purchasing power of benefits against erosion by price inflation. It is important to many beneficiaries that benefits keep up with the cost of living, because other sources of income typically decline with age. As individuals grow older, their pensions are eroded by inflation, employment options end, spouses cope with widowhood, and savings are depleted – and they rely even more on Social Security.

The following is a clarification of how the COLA is calculated and why the current method is used, and an identification of possible changes to the method.

How is the COLA calculated?
The COLA was added by Congress to Social Security in 1972 to ensure that benefits would automatically be adjusted to reflect changes in the cost of living, without relying on ad hoc, politicized, and often belated Congressional action. At the time Congress enacted annual automatic Social Security COLAs, the Bureau of Labor Statistics (BLS) produced only one CPI. It measured inflation experienced by urban wage earners and clerical workers.

Social Security’s COLAs are calculated based on the percentage change in consumer prices, as measured by the Consumer Price Index for Urban Wage Earners and Clerical Workers (CPI-W), from the third quarter of one year to the same quarter the following year. Retirees are not part of those sampled in producing the CPI-W. The adjustments are effective the following January.

Why is this method used?
The original CPI was renamed the CPI-W. It remains as the only method used to calculate Social Security COLAs, since alternative methods have not been adopted by Congress.

In 1978, BLS expanded the CPI to cover all urban residents (about 88% of the population, including most retirees) and named it the CPI-U. The CPI-U is used to index personal income tax brackets and poverty thresholds, but is not used to determine Social Security COLAs. In 1988, BLS launched a third, experimental index, the CPI-E, which reflects the spending patterns of persons age 62 and older.

All of these indexes measure changes over time in the price of a basket of goods and services purchased by their respective populations. In 1999, BLS slowed the growth of all the indexes by accounting for consumer substitution among similar items and began tracking a “chained” version of the CPI-U. A chained index reflects the extent to which consumers make changes in their purchasing patterns across dissimilar categories of items – such as spending more on fuel and less on food – in response to relative price changes. The “chained” CPI-U has usually risen more slowly per year than the revised CPI-W.

What changes to the method might be considered?
Some budget analysts and policymakers have recommended shifting to the “chained” CPI-U to adjust Social Security benefits and other federal benefits and taxes. For example, in November 2010, the Bipartisan Policy Center’s Debt Reduction Task Force recommended shifting to a “chained” CPI to determine COLAs in Social Security and in other federal benefits that use COLAs, and to index income tax brackets. The President’s Fiscal Commission (Bowles-Simpson) recommended a similar change as part of a package endorsed by 11 of 18 Commission members. The Obama Administration included this recommendation in its proposed budgets for several years thereafter.

Others have called for BLS to develop an improved CPI-E for the elderly for the purpose of adjusting Social Security benefits. Some policy analysts have argued that current indexes do not accurately measure the actual living costs of the elderly, including their health care costs, and point to alternative measures of inflation that specifically take into account the inflation experienced by the elderly.

They believe that a CPI-E would come closer to reflecting the actual cost of living of older persons, who make up about two-thirds of all beneficiaries. Living costs for older persons usually rise faster than for other households, because medical care usage increases with age, and health care prices are growing faster than prices for other goods and services.  While the experimental CPI-E reflects the spending of households age 62 and older, it is based on a relatively small sample and is not based on a dedicated survey of the spending patterns of older households. To obtain more robust estimates, BLS would need to survey a larger sample of households and survey shopping outlets specifically used by older consumers.

Social Security makes up an ever greater share of elders’ income as they age. Hence even modest erosion of the real value of their benefits is a public policy concern. While Social Security’s automatic COLAs are a valuable feature of the system, they would function better if they were based on a consumer price index that more accurately measured the cost of living experienced by seniors.

About the National Academy of Social Insurance
The National Academy of Social Insurance is a nonprofit organization made up of the nation’s leading experts on social insurance. Its mission is to advance solutions to challenges facing the nation by increasing public understanding of how social insurance contributes to economic security. The Academy serves as a nonpartisan source of information for policymakers, thought leaders, the media, and the general public.

If you are a reporter looking for more information on Social Security's cost-of living adjustment, please contact Benjamin Veghte, the Academy's Vice President for Policy at bveghte@nasi.org. 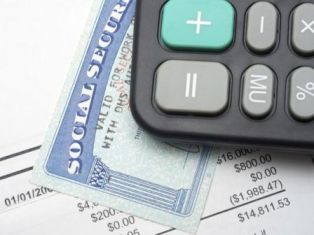